When Tom Andrews was a teenager in Melville, a neighborhood in the southern part of Hamilton, he started his own car restoration business. In the forty-something intervening years, his passion for automobilia has driven him to collect over a hundred cars and thousands of hood ornaments (called bonnet mascots here), petrol pumps, dealership signs, spark plugs, and other car-related paraphernalia. He also has an array of motorcycles, bicycles, baby buggies—just about anything with wheels. 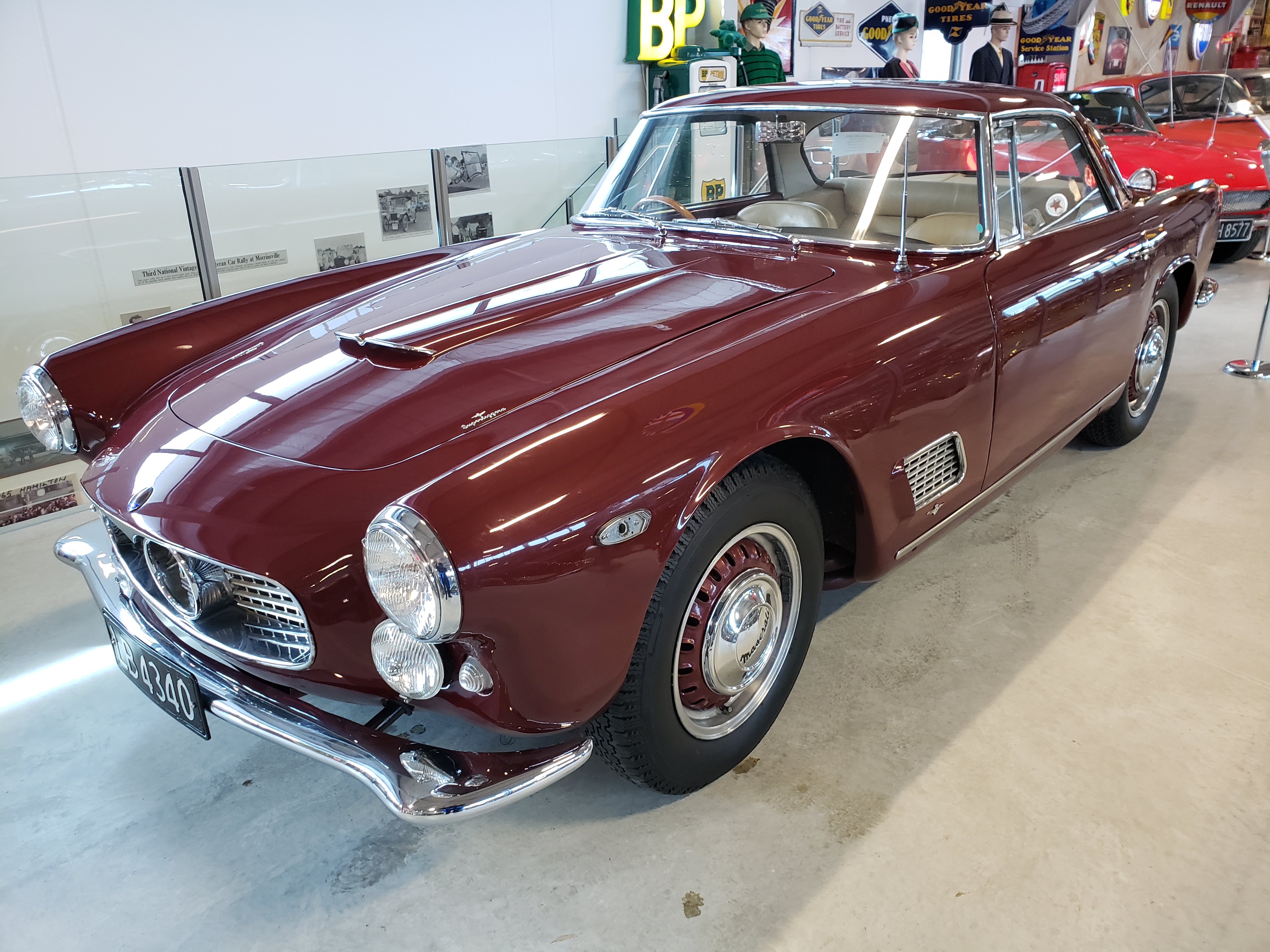 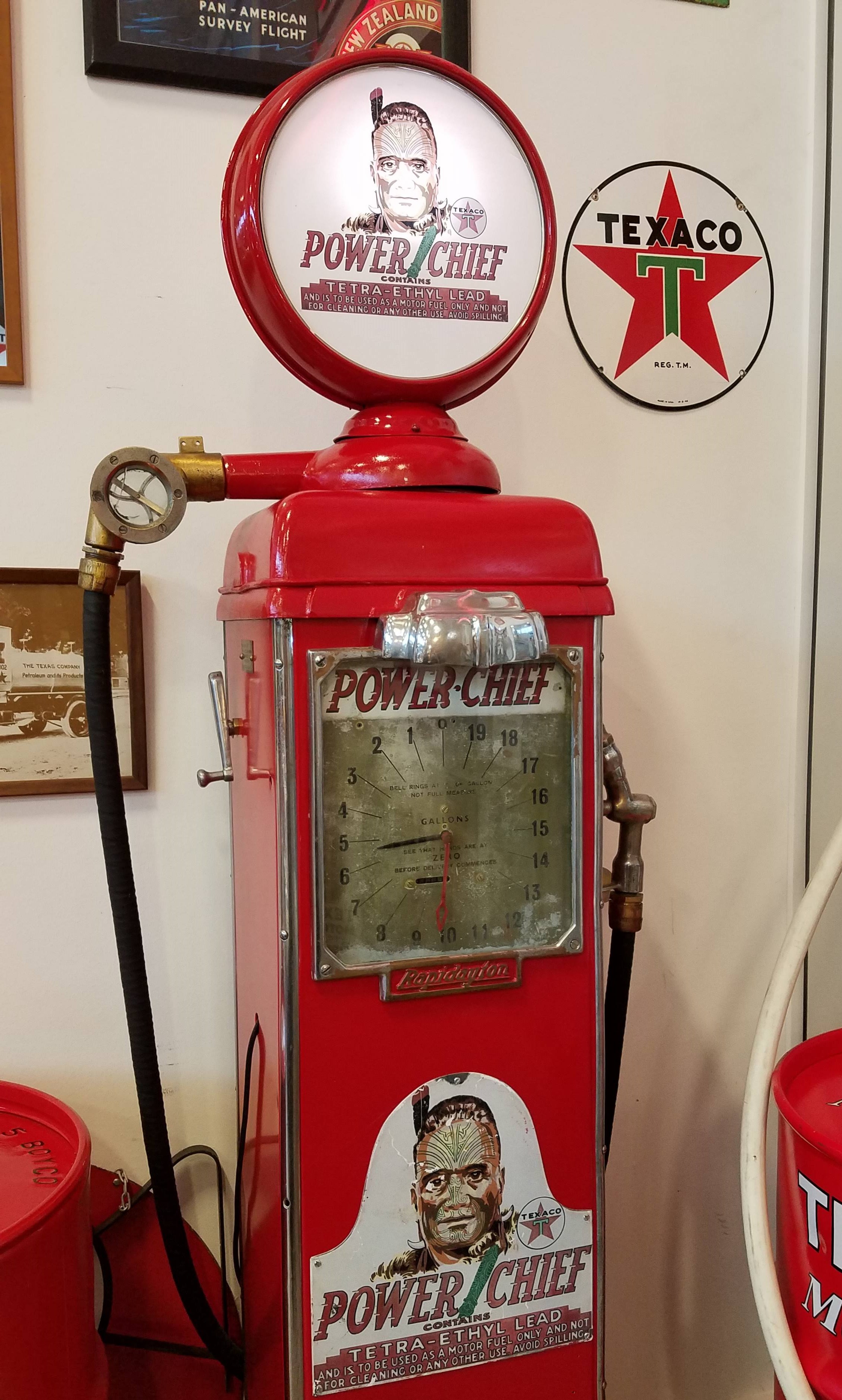 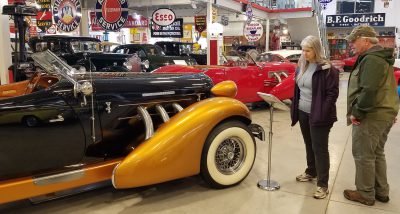 Wendy and Alan connect with a 1936 Auburn Speedster 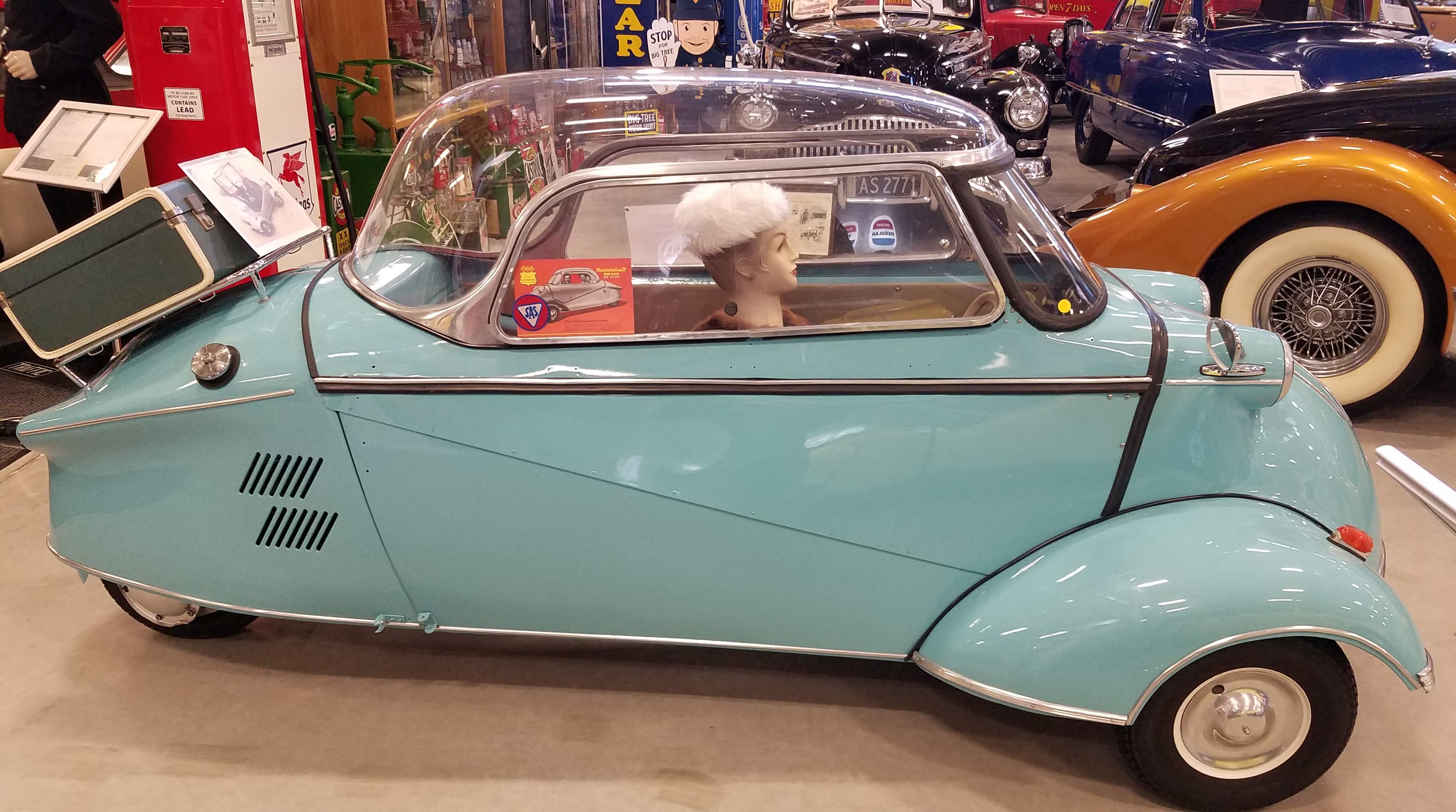 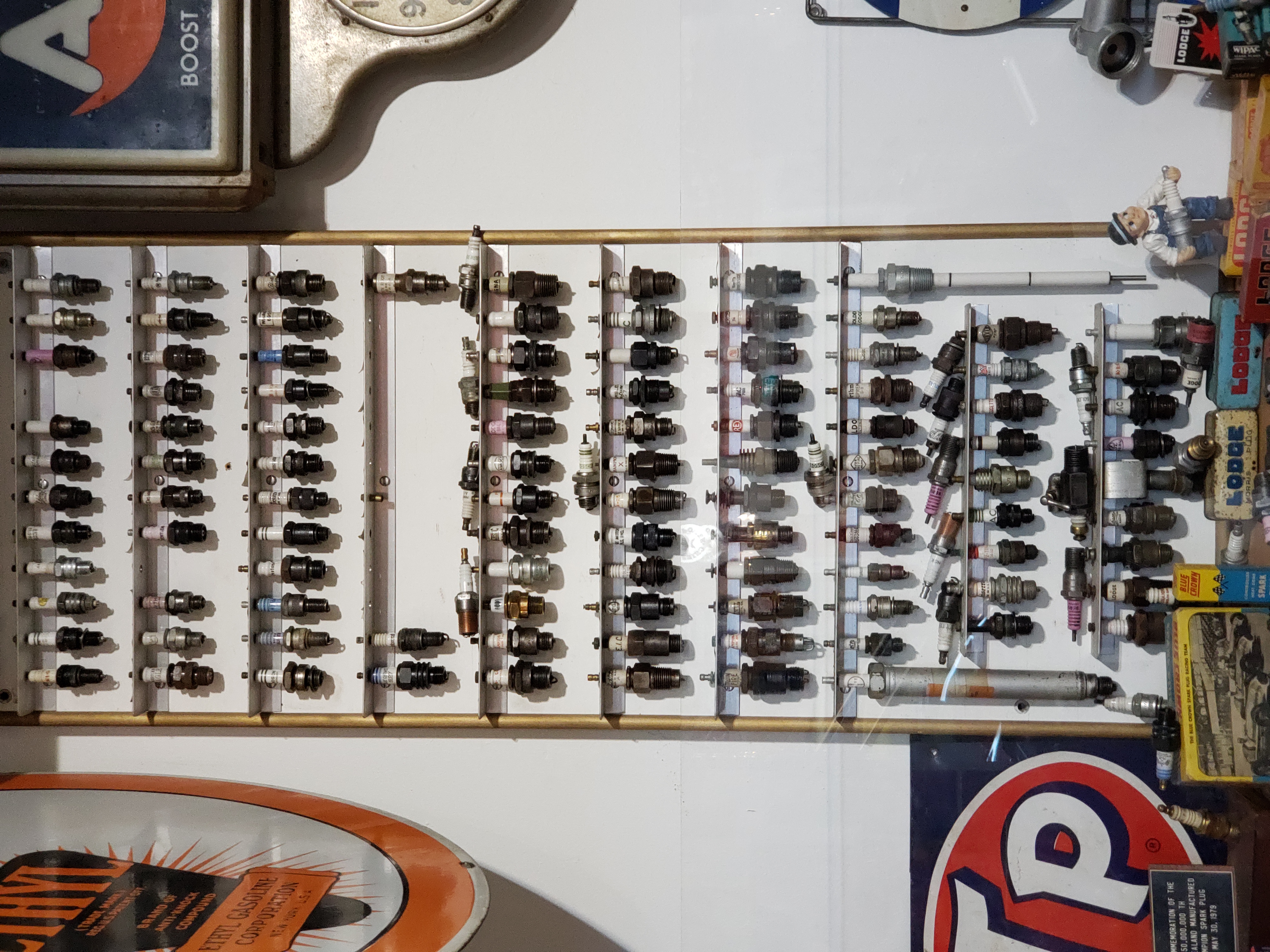 When Tom’s collection outgrew his garage and backyard shed, he decided it was time to lease a warehouse and put his collection on public display. The resulting Classics Museum opened about eight years ago, and Tom is still collecting. His current project is restoring a 1937 Bugatti. The car was found in 2014 in a dilapidated barn in France, along with several other rare cars, all of which had sat dormant for years. 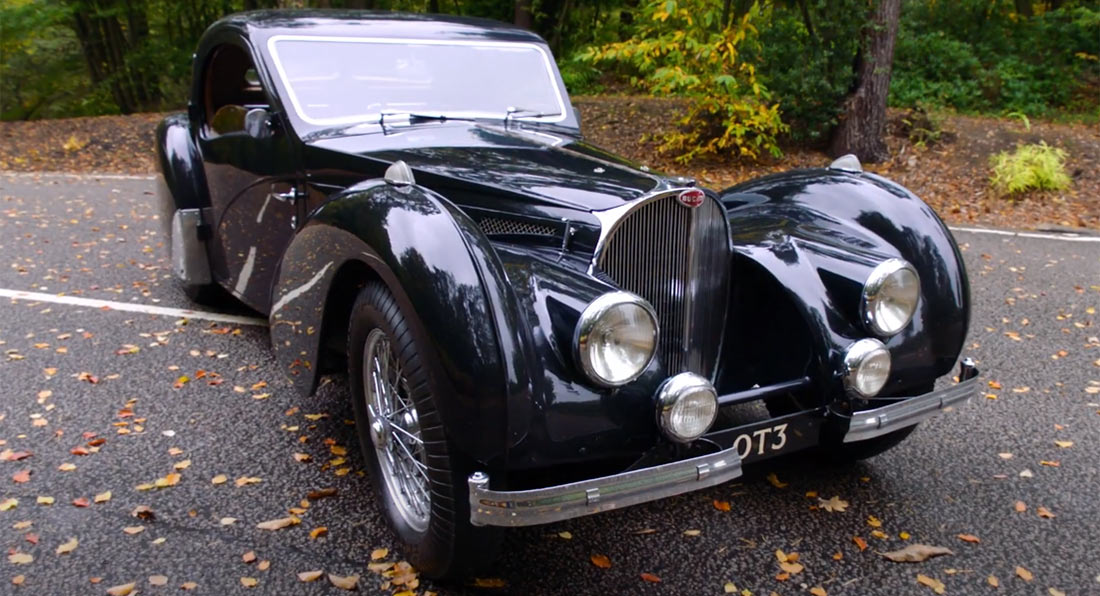 The Classics Museum is located only 1.5km from our flat. We had passed it a few times on our extended walks during the COVID lockdown without realizing what it was, but once we learned it was there, we put it on our must-visit list. Elder and Sister T had expressed interest in visiting, too, so on this chilly, wet Monday, we bundled up and met them at the entrance about 2 p.m. Warm coats, hats, and gloves were necessary because the cavernous museum isn’t heated. 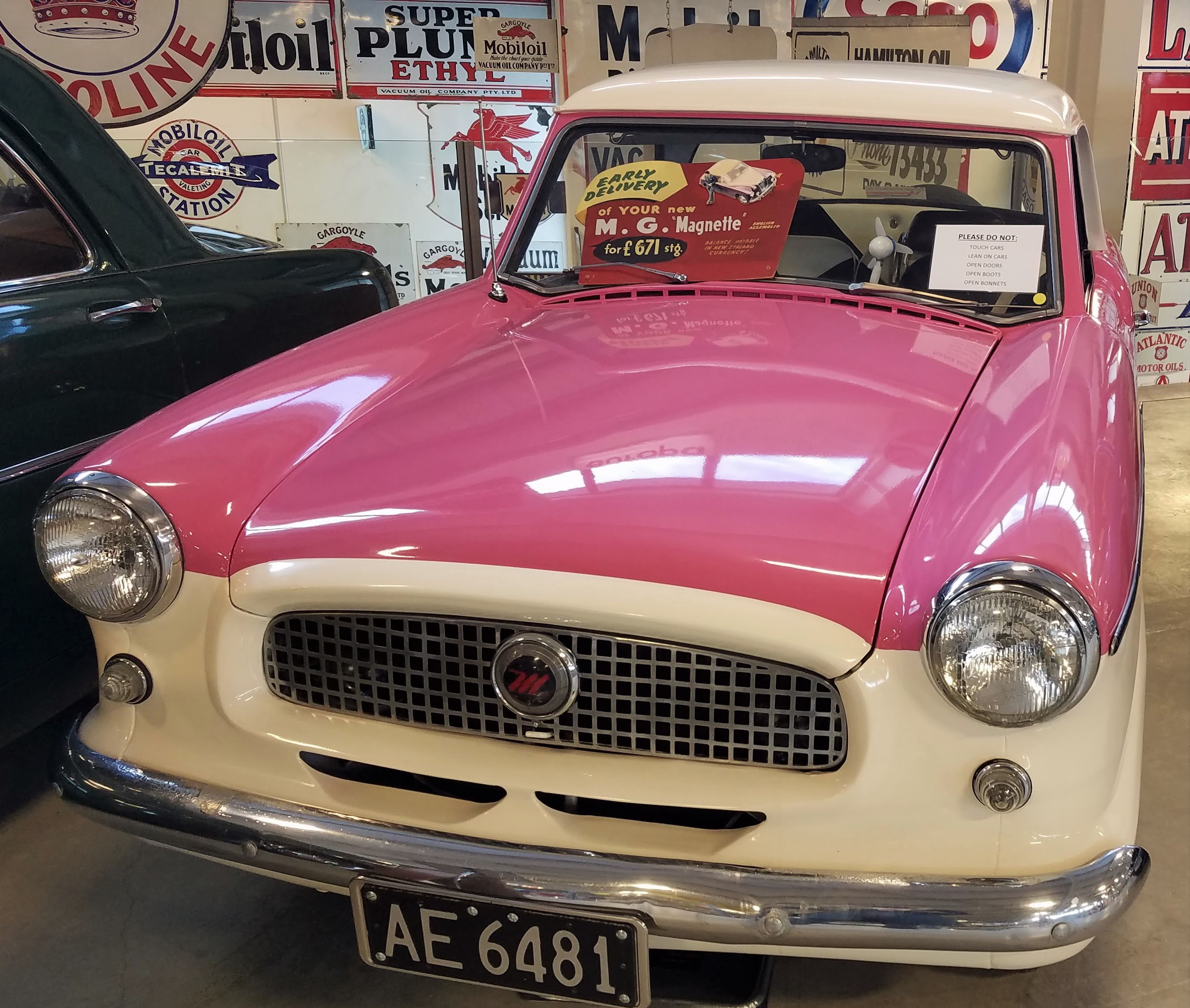 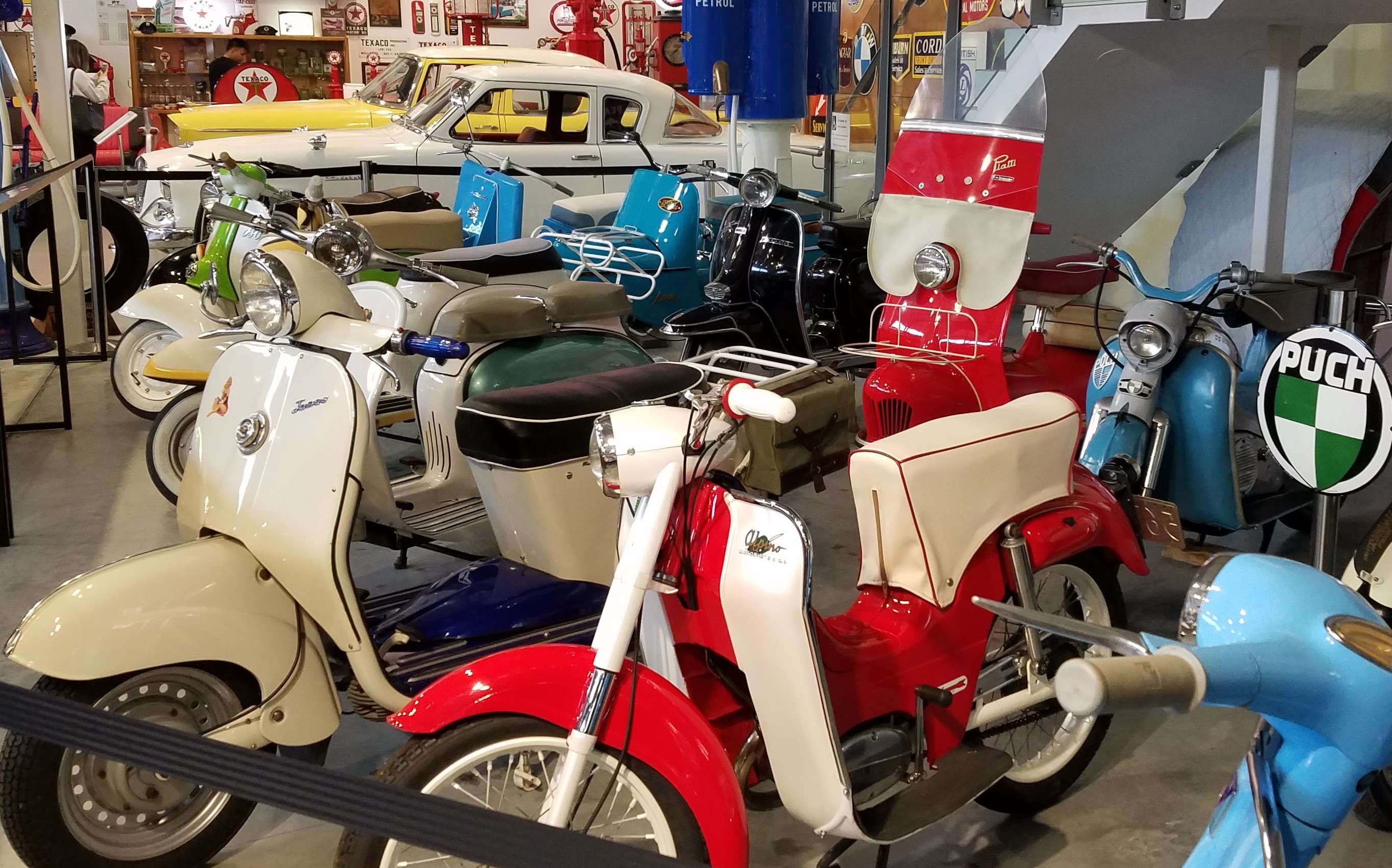 The museum also houses a collection of motor scooters 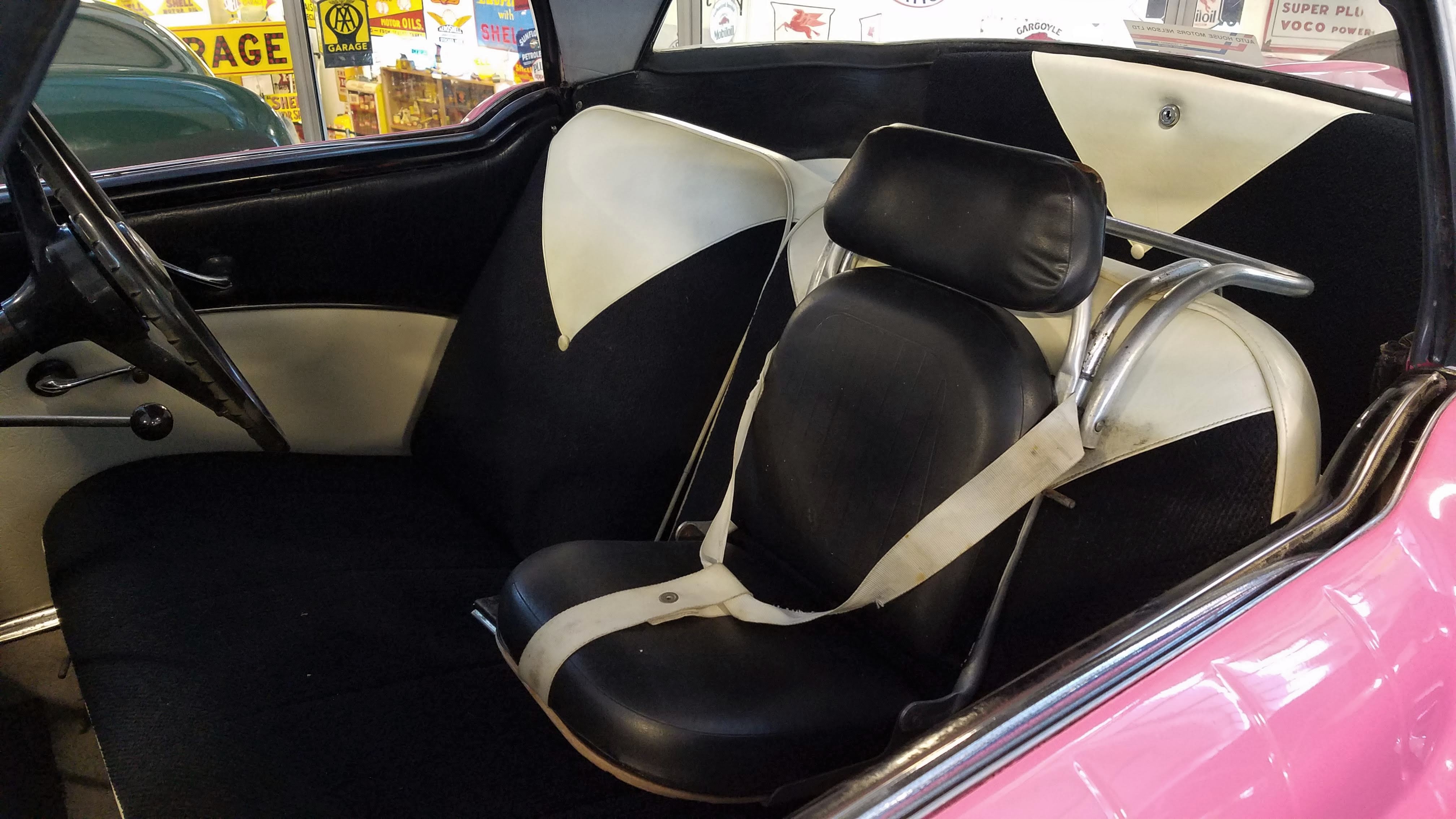 The Nash was designed to appeal to the modern mum, complete with a child’s booster seat

Wendy had a particular interest in cars from the 1950s and 60s on display in the museum, wondering if any of them might be the automobiles her father had imported while he was serving as supervisor of construction for the Church College of New Zealand, the Hamilton New Zealand Temple, and a number of Latter-day Saint meetinghouses around the Pacific. We had already learned that Elder B had funded his multi-year volunteer mission by importing a series of fancy new American cars, driving them for a year, and then reselling them to eager Kiwis at a huge profit. What we did not know until the four of us were examining a display of vintage petrol station signs and equipment, was that Wendy’s father not only had put a number of new cars on New Zealand’s roads; he also had revolutionized the country’s service station industry. 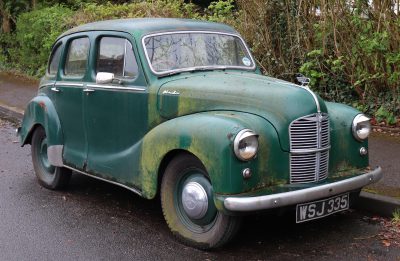 An unrestored 1950 Austin A40 Devon. Austins were ubiquitous in New Zealand during the 20th century

Because Elder B’s supervisory duties took him all over the country in a day when most Kiwis were driving bulbous Austins, he and his flash American cars were well known at the petrol stations along his regular routes. However, Elder B was never satisfied when he stopped to refuel because he inevitably had to get out and pump his own petrol, wash his own windshield, check his own fluid levels, and refill his own tires if necessary. Then he had an idea. Sometime in 1950, Elder B began spreading the word that in America, filling stations are called “service stations” because they don’t just sell gasoline; they provide service. As soon as you pull up to the pump, he explained, an attendant runs out to greet you. He pumps the gas for you while another attendant checks your oil and washes your windshield. They test the pressure in your tires and fill them up if they need air. An attendant takes your payment through the car window so you never have to leave the driver’s seat. (For readers who are too young to remember those days, yes, that’s actually what happened. Things changed with the advent of self-service pumps around 1970.)

But Elder B didn’t leave it at that. He offered a £5 note to the first petrol station attendant who gave him such service without him having to ask for it. Wendy isn’t certain whether her dad ever declared a winner and awarded the prize, but it wasn’t long before filling stations all over New Zealand began competing for it. Thus Elder B changed the motoring experience not just for himself but for everyone in the country. 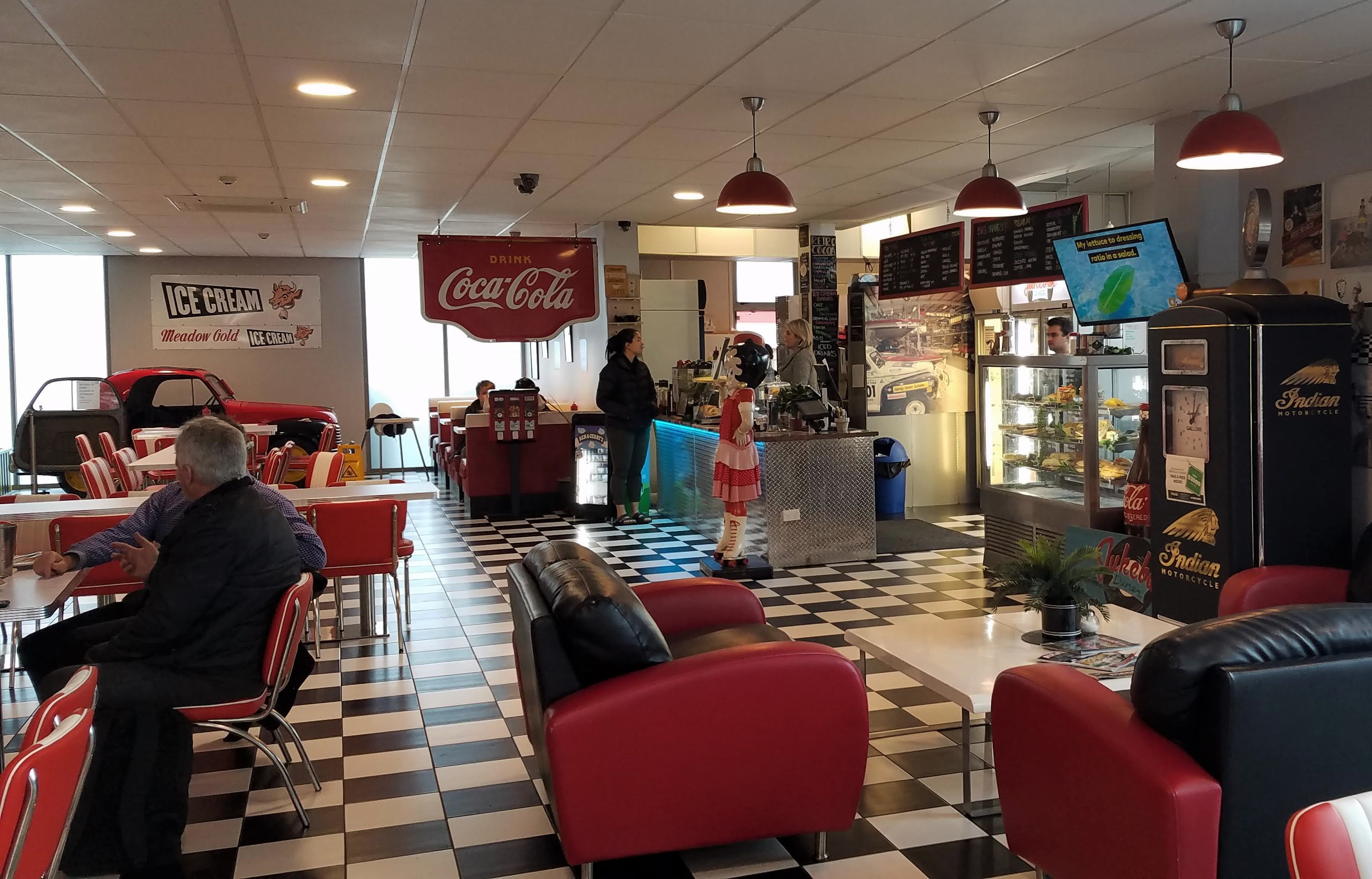 Complementing the museum is the on-site, 1950s-themed Jukebox Diner. Pictures of famous rock ‘n roll stars from Chubby Checker to ABBA line the walls, with appropriately kitchy larger-than-life-size statues of Elvis and Betty Boop. Standard burgers and fries are on the menu, but so are Mediterranean-herbed chickpea and kumara burgers served with beetroot relish and aioli. We’d already eaten lunch and it was too early for dinner, but we couldn’t leave without sharing a nice, thick chocolate-raspberry milkshake.