The wedding celebration may have ended last night, but family festivities continued today.

This year marks the centennial of the births of both of Nancy’s parents, so she and her sisters decided to hold an informal commemoration while family members were gathered this weekend. 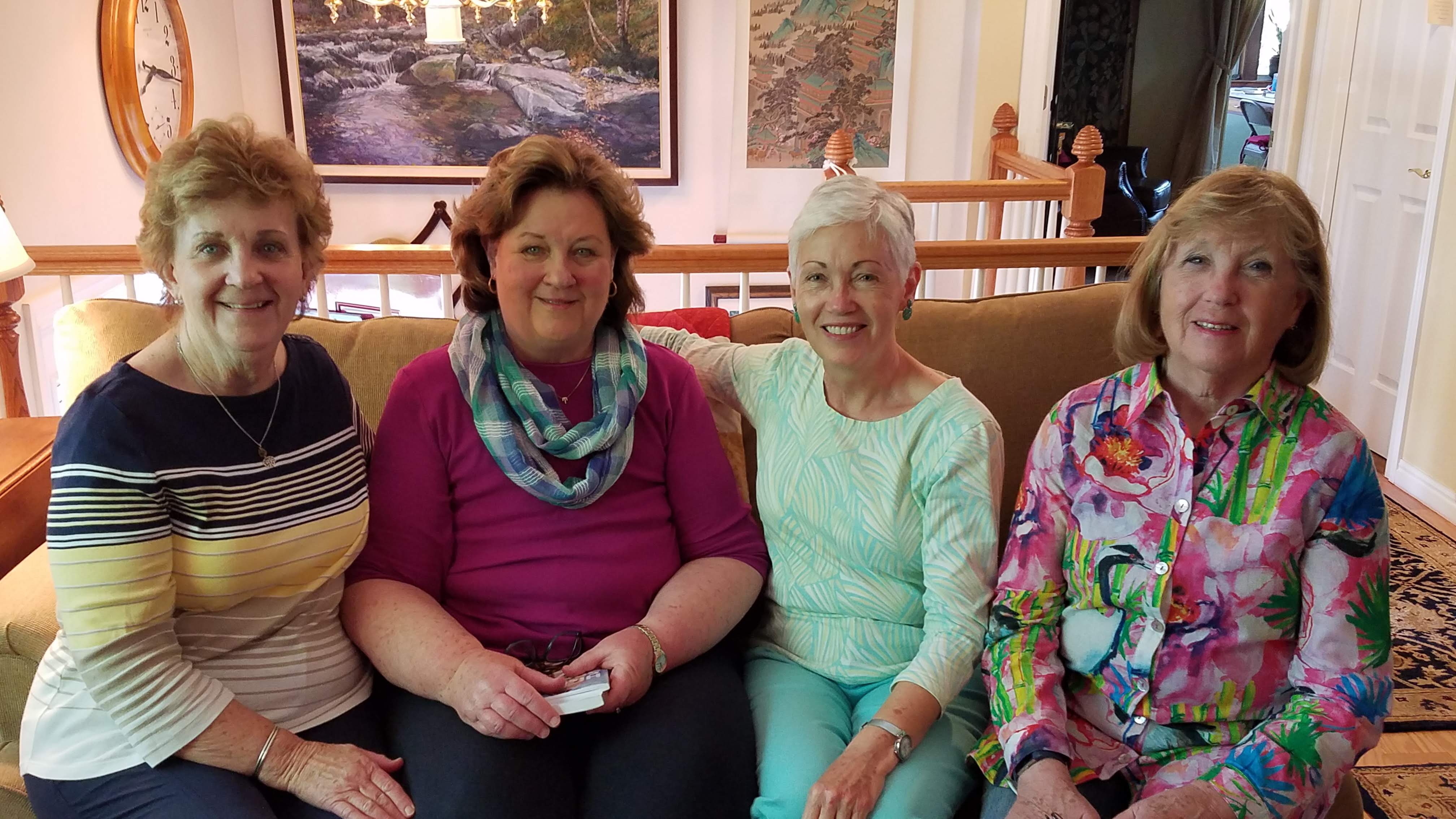 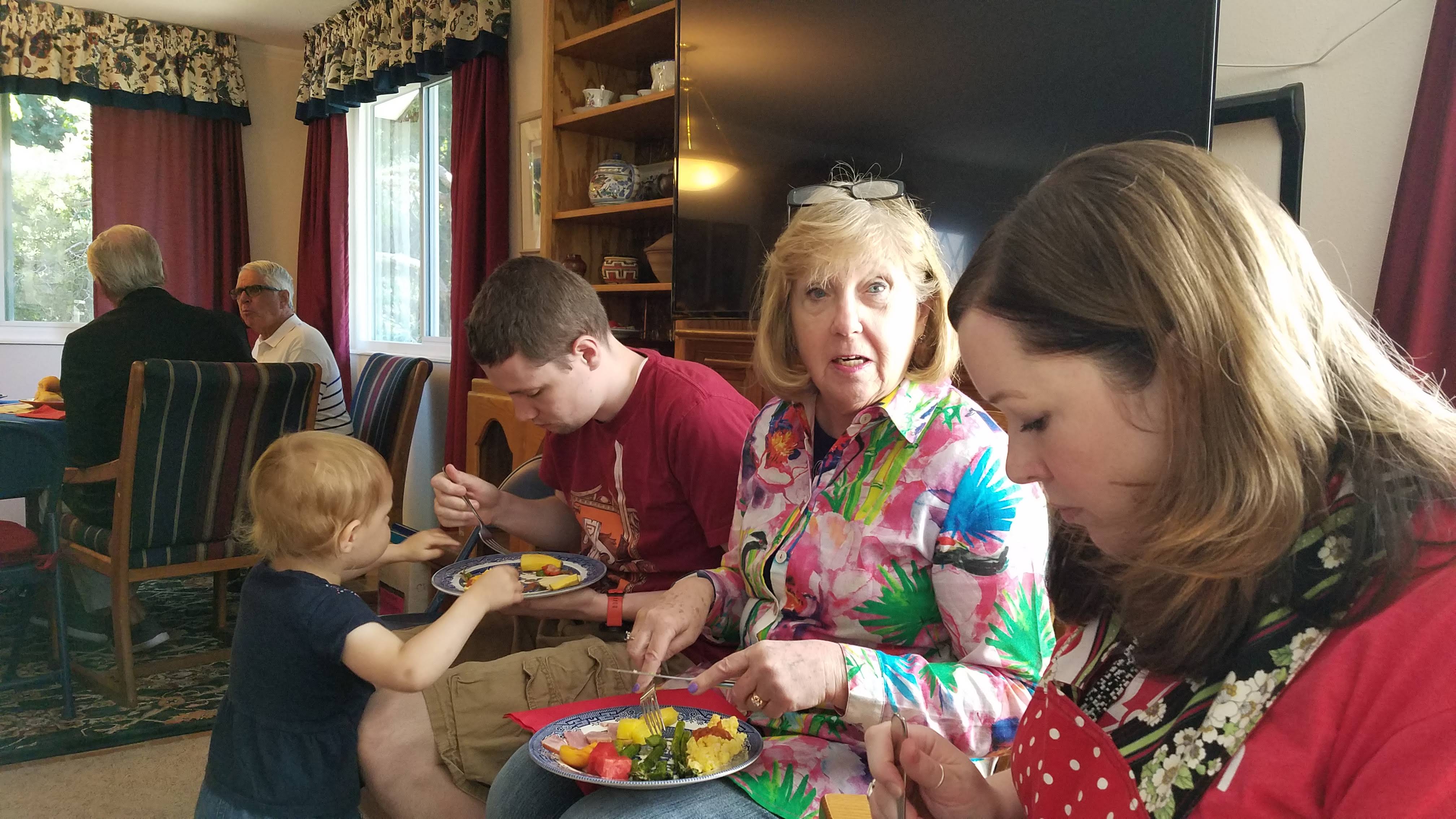 Tracy, who lives in Provo, invited everyone to her house for brunch this morning, and then led an expedition to Spring City, the little town in central Utah that their Allred ancestors had established in the 1850s, and to which their Danish great-grandparents migrated a decade later.

Unlike many old rural towns that have succumbed either to dismal dilapidation or mundane modernization, Spring City has managed to survive into the twenty-first century with much of its pioneer-era character intact. 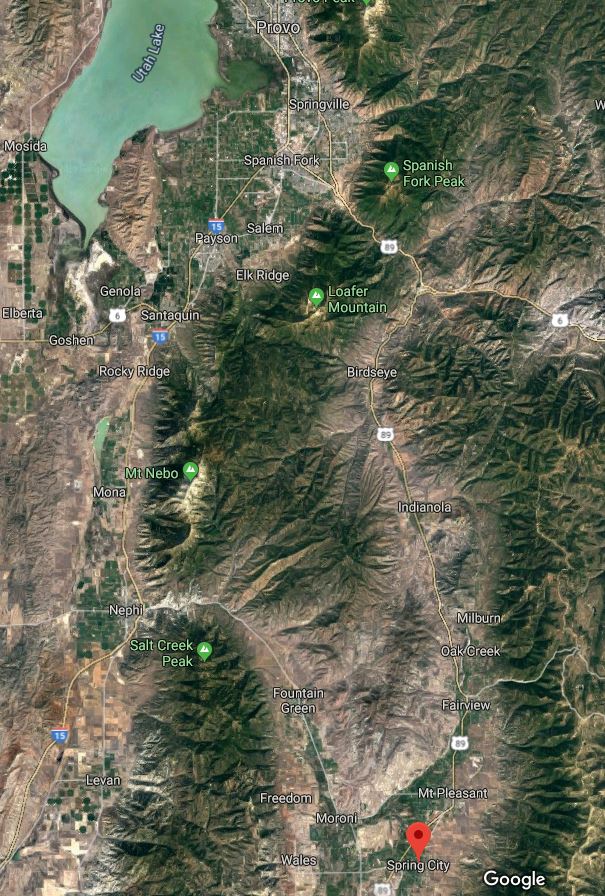 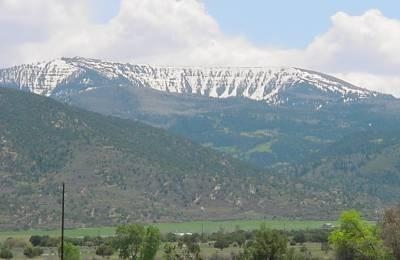 Spring City lies in the valley below Horseshoe Mountain in Sanpete County, about a hundred miles south of Salt Lake City. The pioneer town has attracted some new residents in recent years, bringing the population to about one thousand. A large percentage of those newcomers are artists, craftsmen, and historians. Together with long-time residents, they have worked to preserve and restore many historic buildings and revive the local economy. An annual festival, Spring City Heritage Days, draws thousands of visitors each spring. 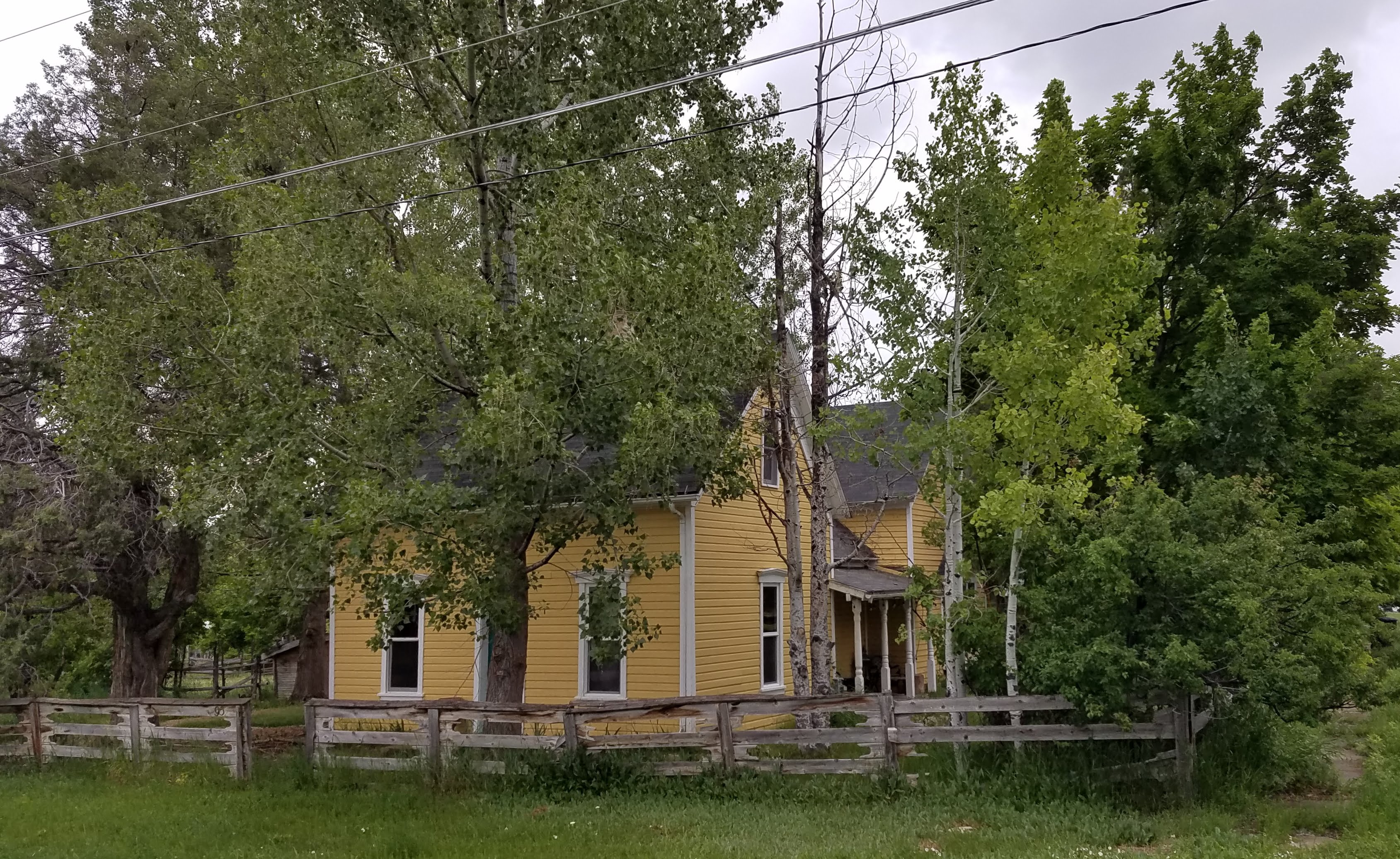 The John Robinson house, where Nancy’s great-grandmother Clara grew up 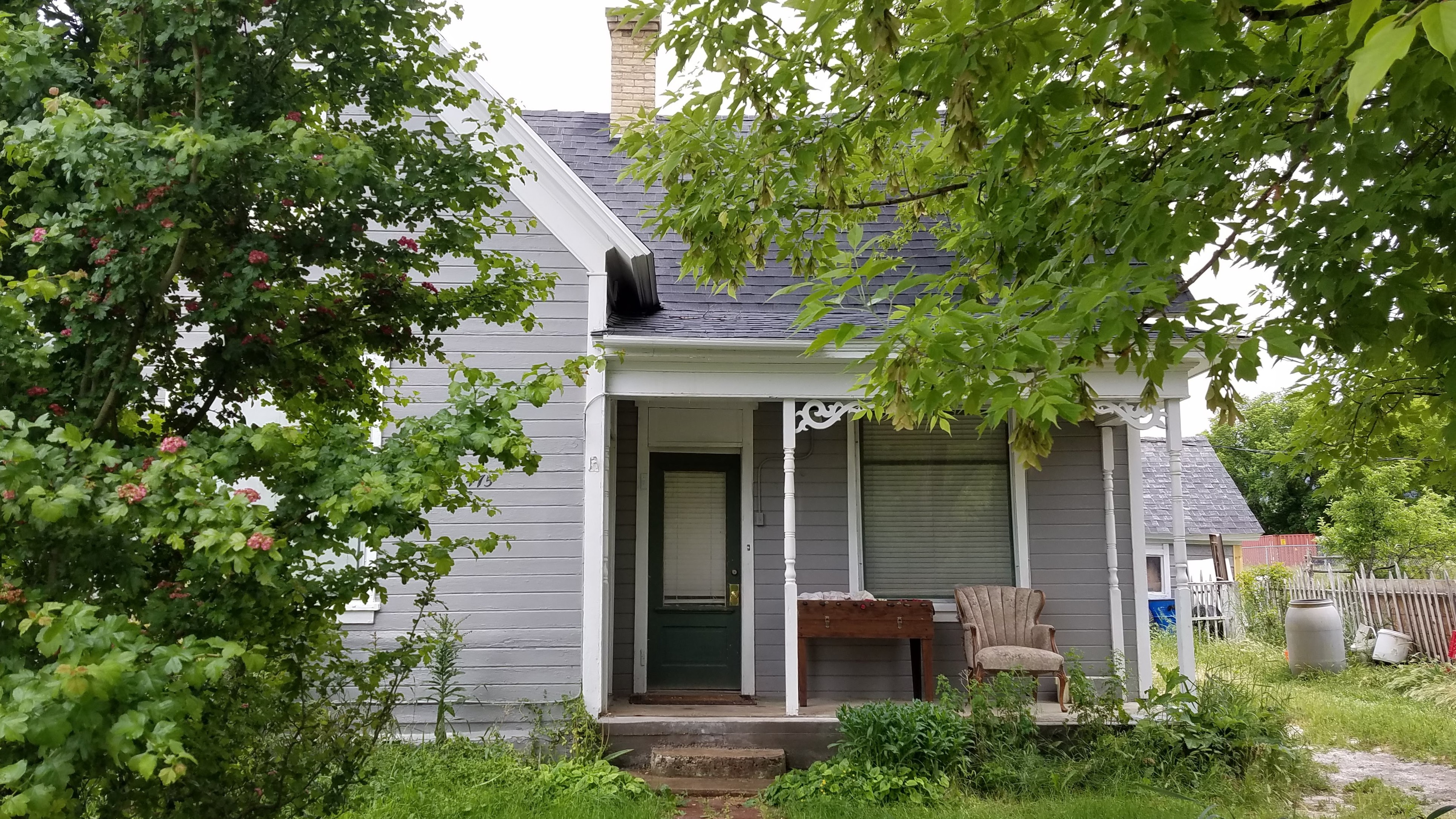 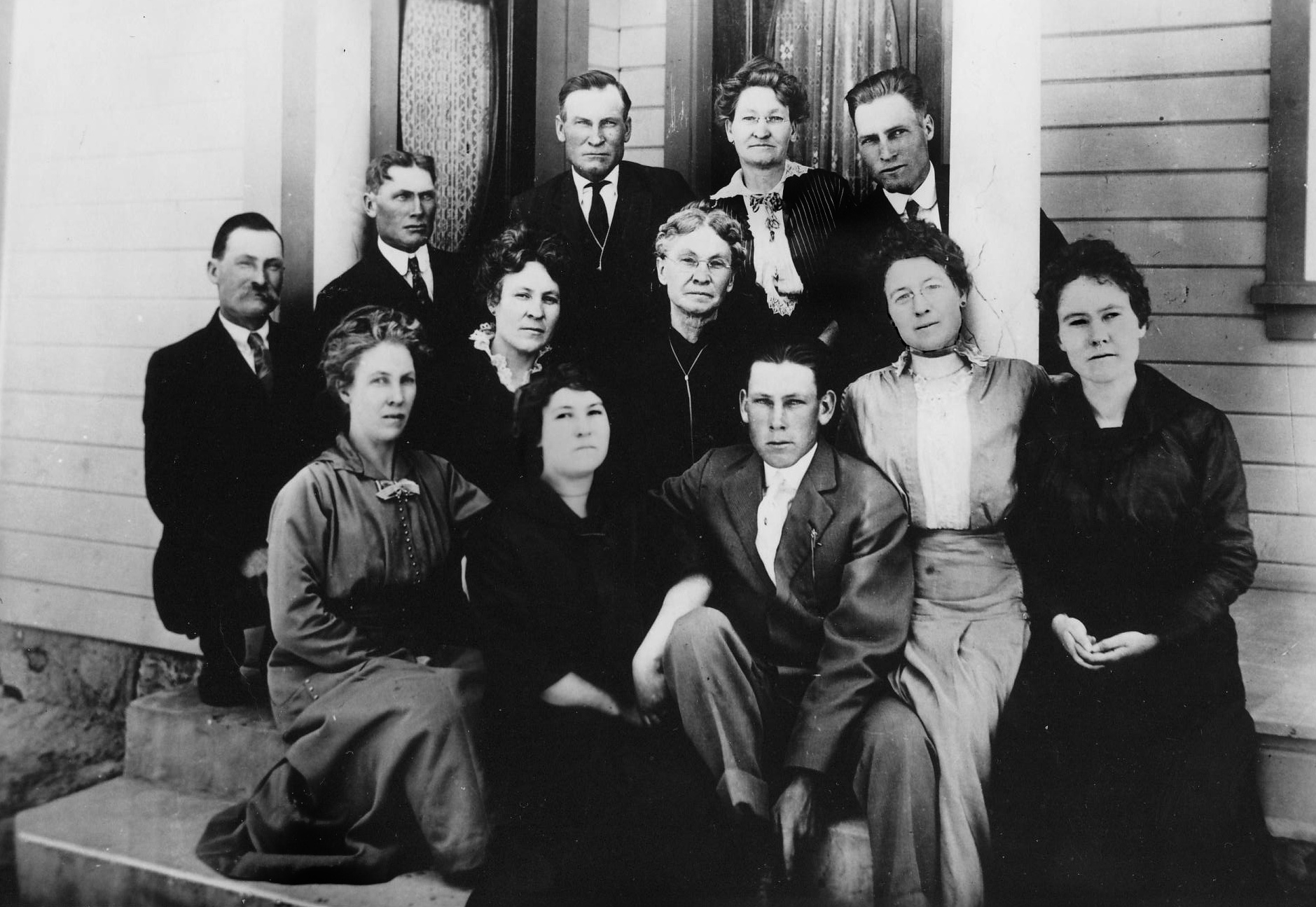 Clara Robinson Allred surrounded by her children on the porch of her Spring City home, 1916. Nancy’s grandmother, Maud Larsen, is seated on her right (our left)

Two houses originally owned and occupied by Nancy’s ancestors include the John Robinson House, where her great-grandmother Clara grew up, as well as the house in which Clara raised thirteen children with her husband, Reuben Warren Allred, Jr., the son of Spring City’s founder. Unfortunately, the home that Nancy’s other great-grandfather, Soren Larsen, built for Frederika Kirstina Bertelsen (his second wife), and where her grandfather Fred grew up, was demolished long ago. 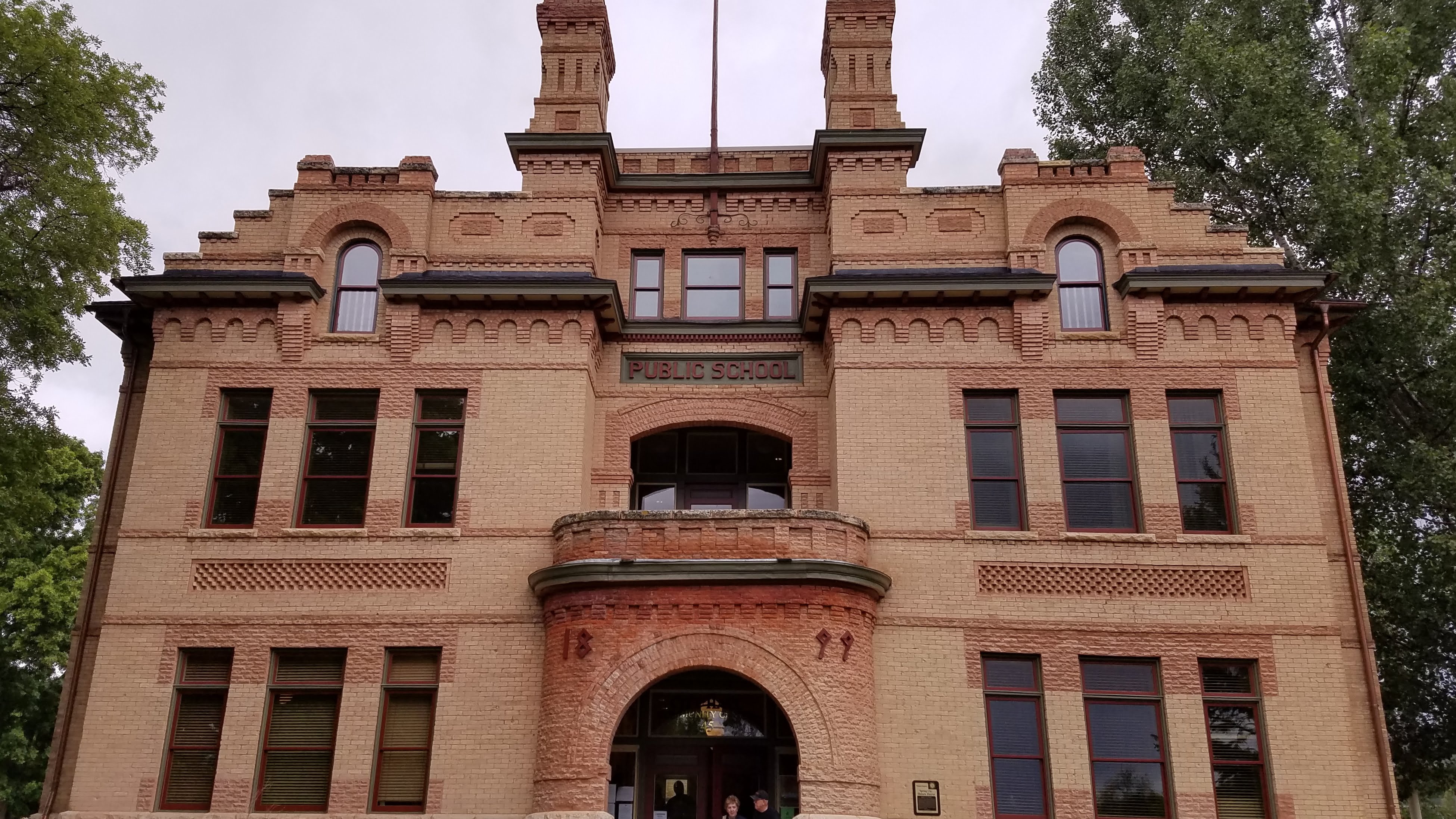 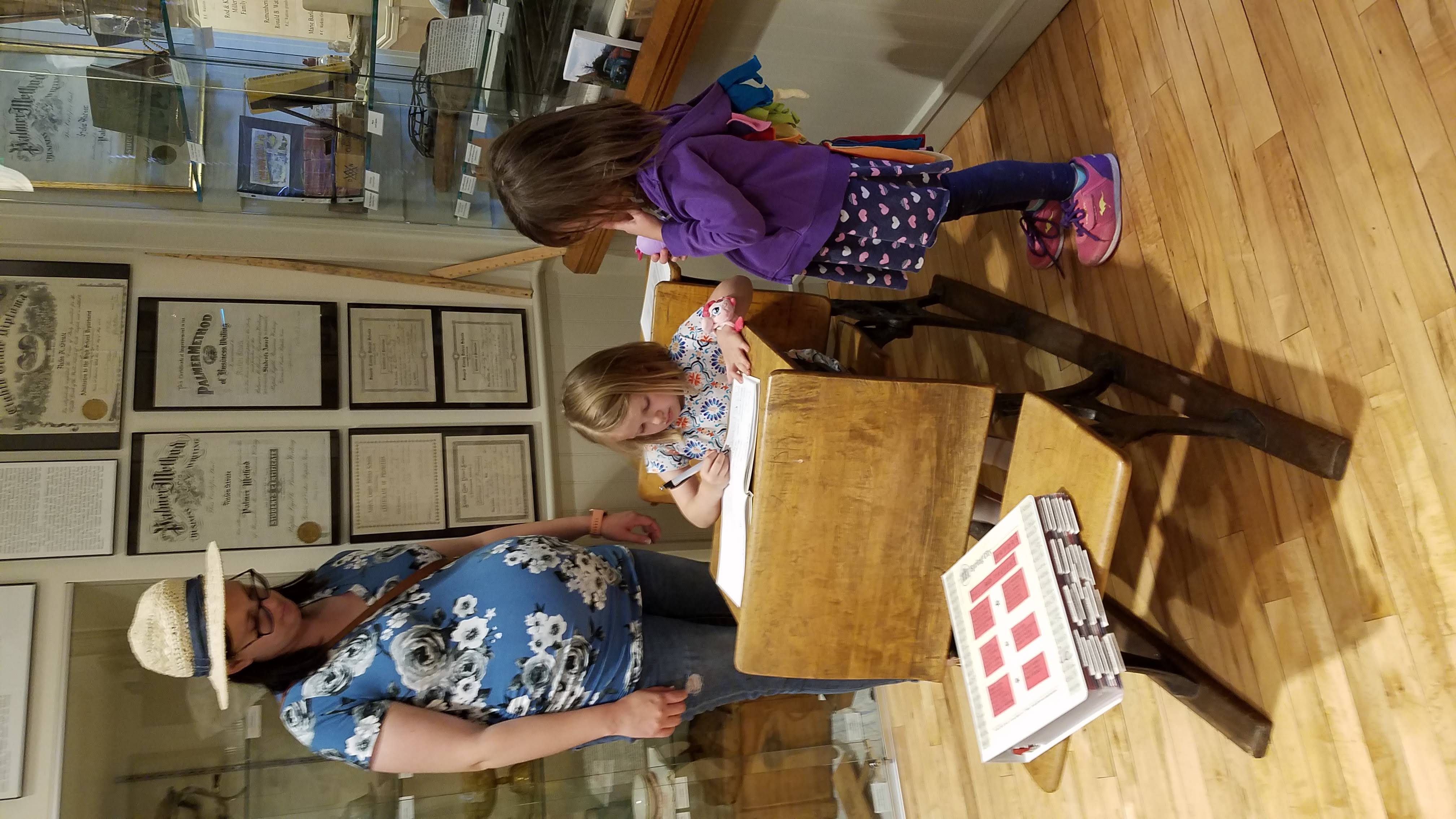 Stella, Cecily, and Evie in the schoolhouse museum 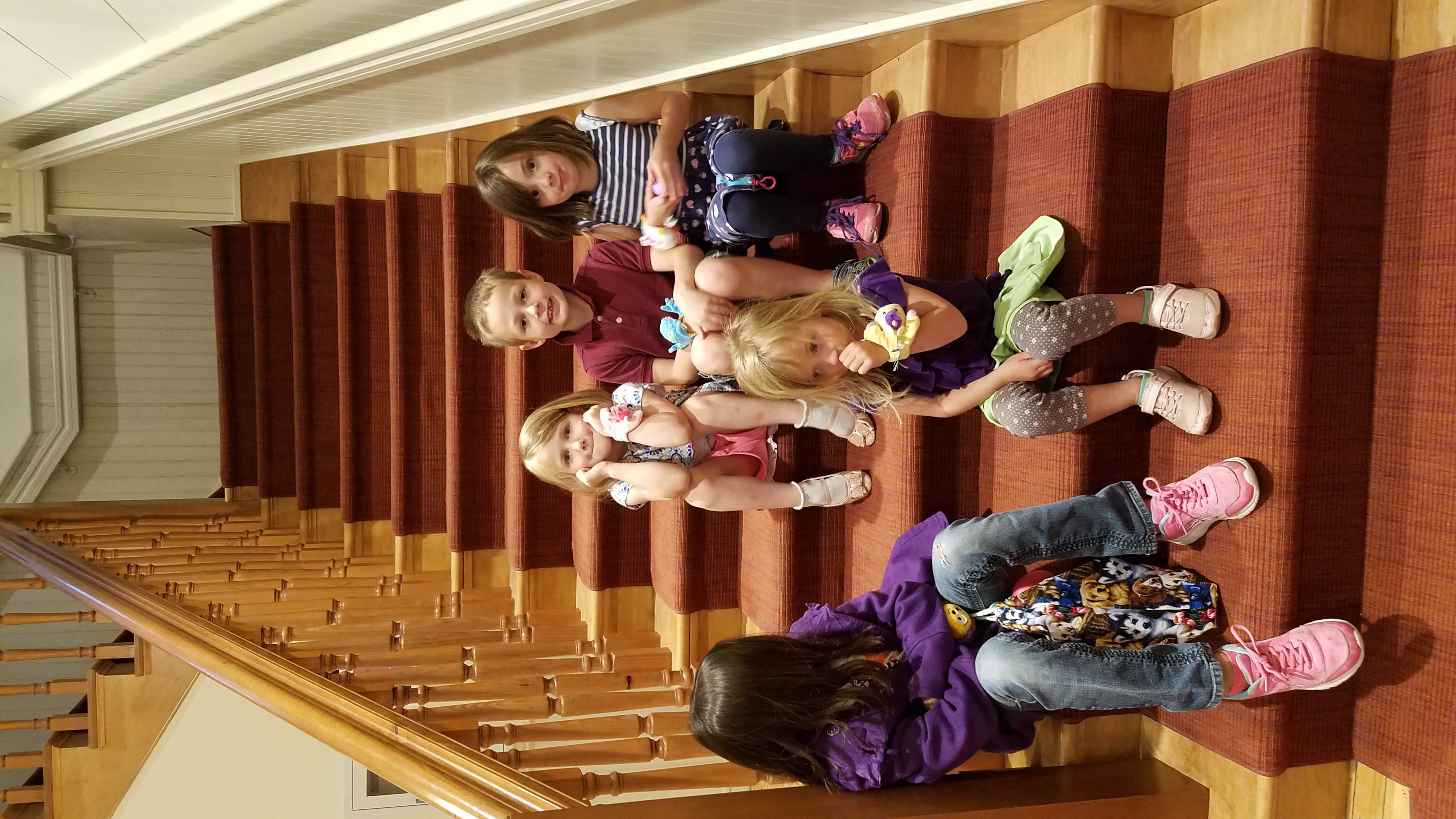 Grandchildren in the Spring City Schoolhouse

A drenching thunderstorm prevented our grandchildren from using the playground next to the old schoolhouse where Nancy’s aunt and uncle attended classes as children. (Her mother did not go to school there because the family moved away from Spring City shortly before she was born.) The building has been fully renovated and was reopened a few years ago as a community center. We enjoyed looking at displays of artifacts in a small museum inside and learning more about the history of the town. 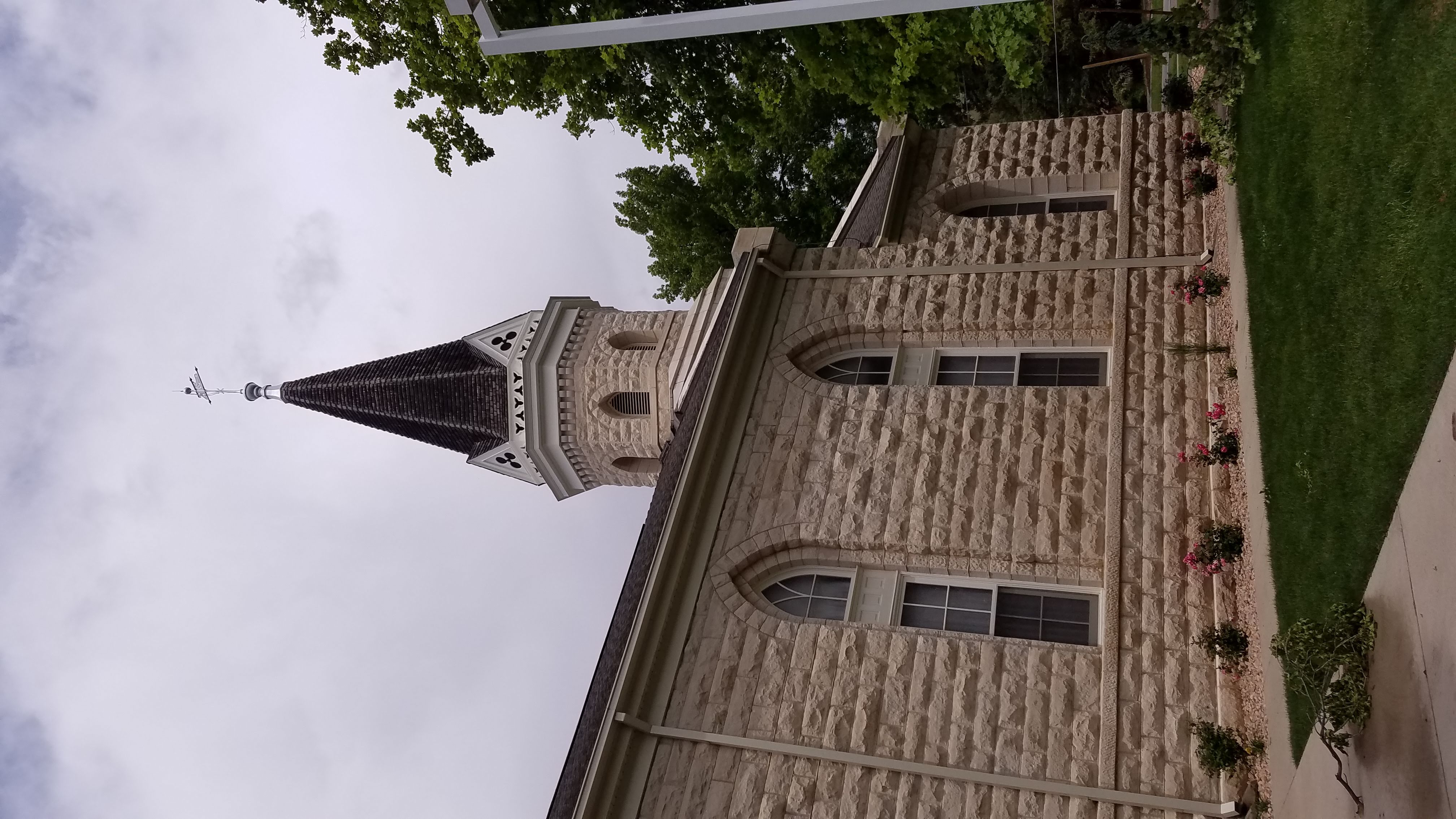 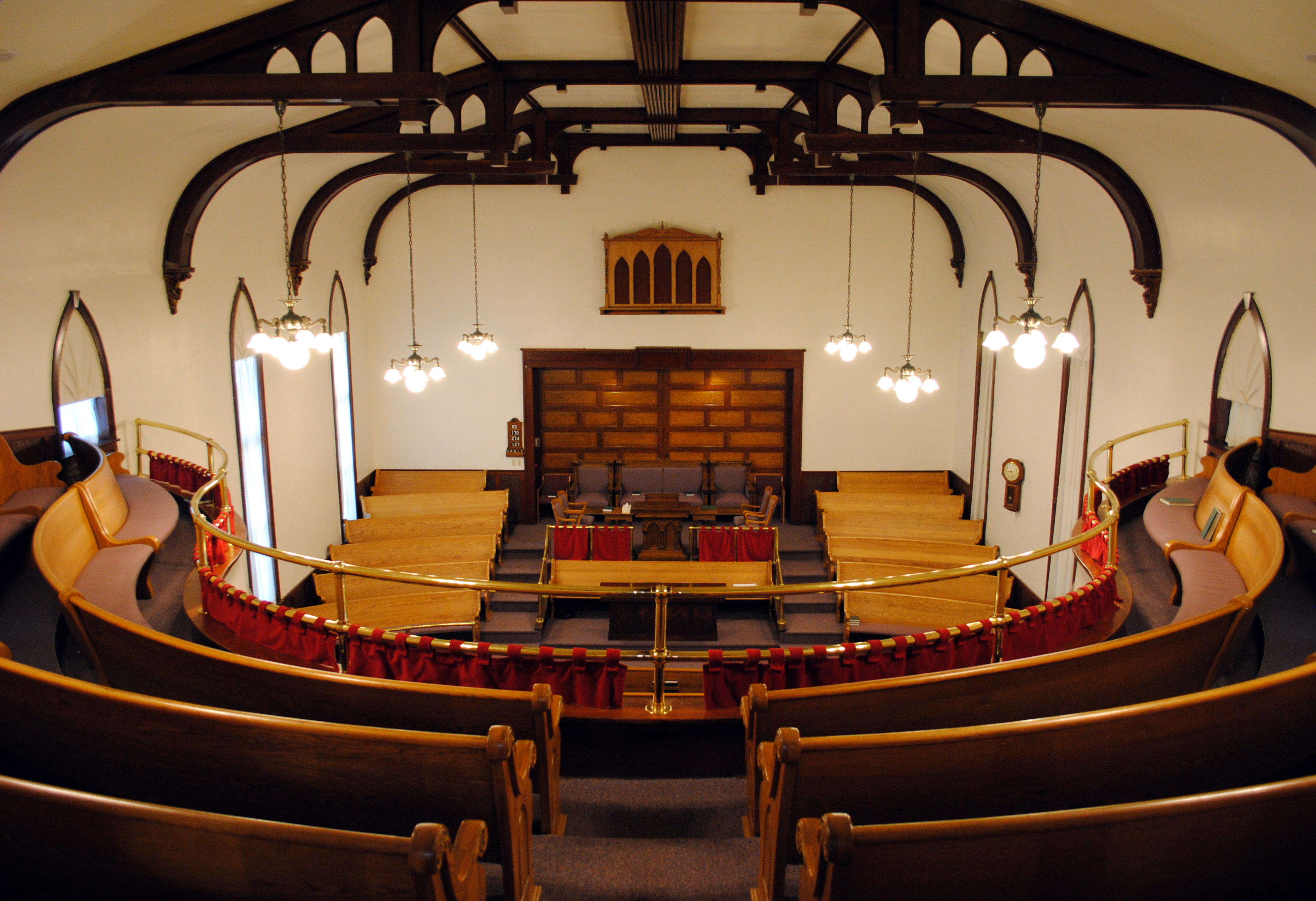 We were disappointed to learn that because the few people with keys to Spring City’s Latter-day Saint meetinghouse were unavailable this afternoon, we were not able to go inside, but we did visit the grounds and used the picnic shelter behind it as a place to distribute snacks. Nancy had seen the meticulously maintained interior several years ago and can attest that its unique design and nineteenth-century workmanship are worth a visit. 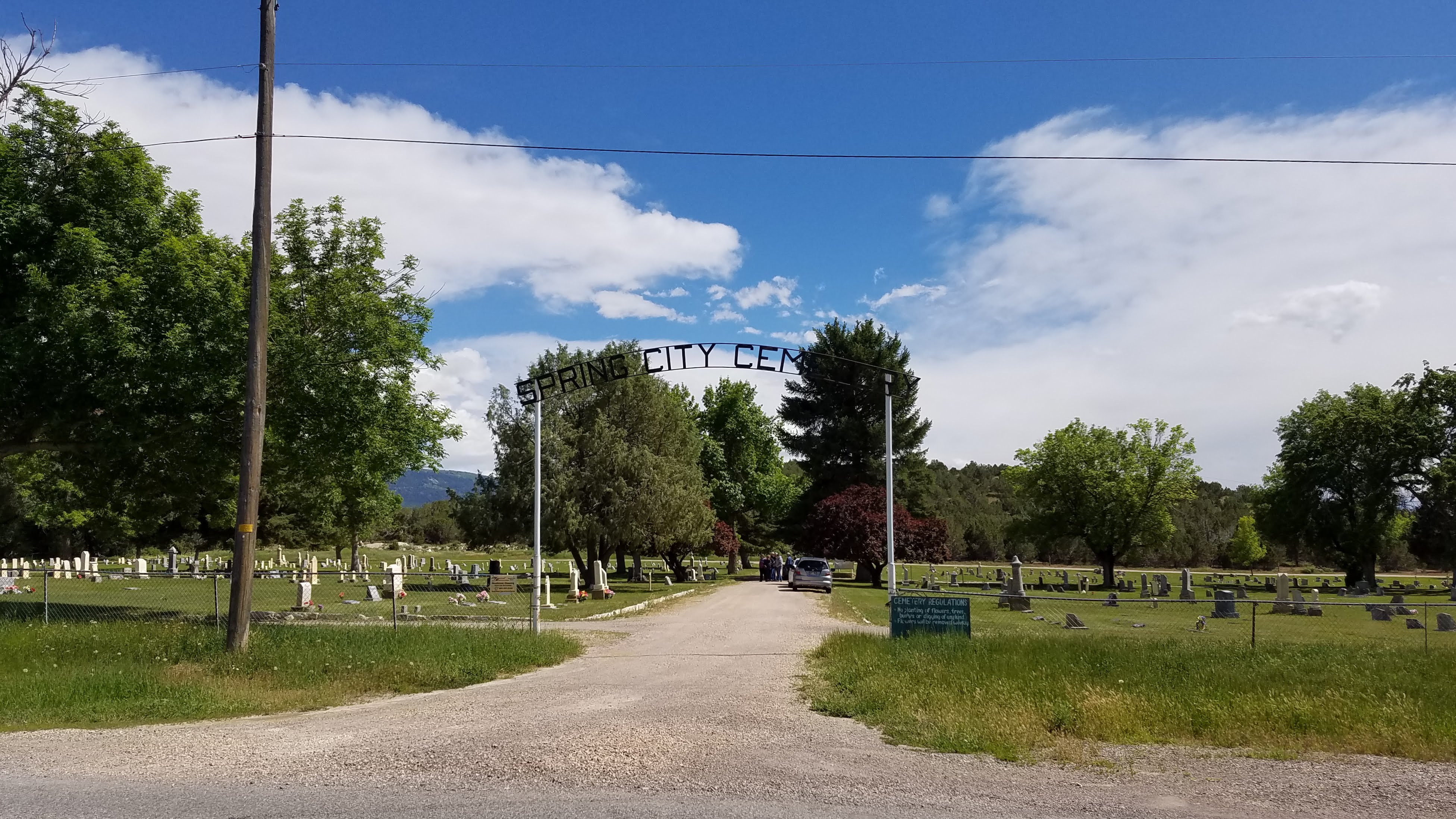 The sky was still full of storm clouds but didn’t unleash any more rain while we visited the cemetery outside of town. Although we admonished the children to show respect for the dead and avoid climbing on the monuments, we gave up trying to keep them from running amok. Their parents were more amenable to searching for familiar names among the headstones, and a few were excited to discover markers for the ancestors whose names they bear.

We are thankful for our heritage and for the opportunities we’ve had to learn more about it as we’ve visited communities on two continents where our ancestors lived, worked, and raised their families. And we are grateful for the means to share our own experiences with family and friends through words and pictures. Thanks for following along!