We have made twenty-two new friends while working at the Matthew Cowley Pacific Church History Centre—except that we’ve never talked with them. They don’t know our names. They don’t know we are on a mission in New Zealand. They don’t know a thing about us. And we know very little about them, even though we see them every day. We know their names and their faces, but we have never heard them speak. We’ve visited their neighborhoods and have been inside their homes, although we may never have traveled to the places where they live. But we feel like they have become our friends because their stories have touched us, and we have felt their spirit. 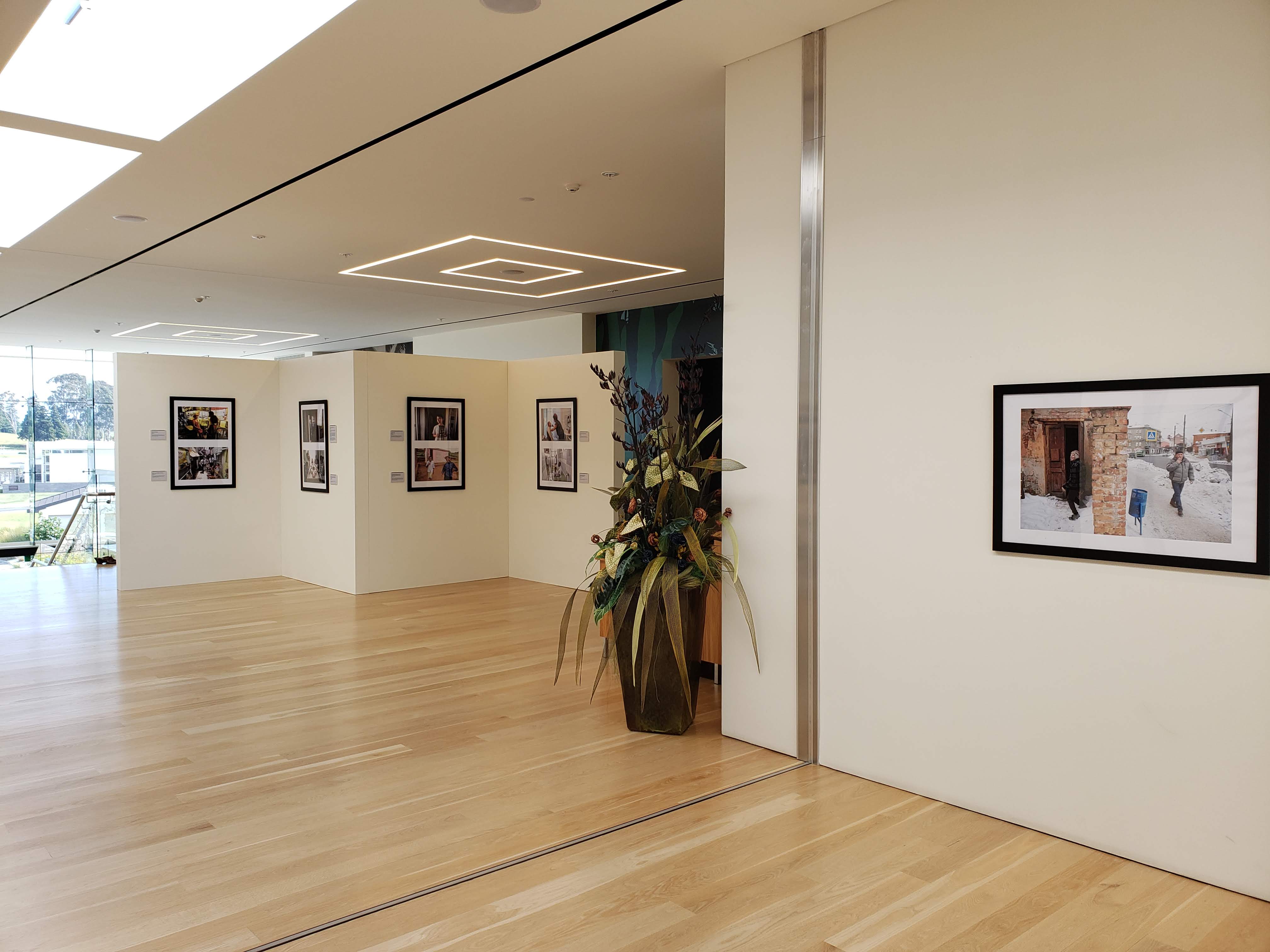 Exhibit in our light-filled gallery

These friends reside within a photography exhibit on display in the open, light-filled gallery just outside the doors of our museum. The exhibit is called “Light & Life: Stories and Photographs of a Global Faith.” The photos were taken and stories collected by Leslie Nilsson and Cody Bell, staff photographers for the Church of Jesus Christ of Latter-day Saints.

For years, Nilsson and Bell have been traveling the world on assignment for the Church, taking photographs to illustrate official Church publications such as lesson manuals, monthly magazines, and public relations materials. You know what these photos look like: carefully staged scenes depicting happy families gathered lovingly together in tidy, modest homes. The hair of all five children is neatly combed, and the only writing visible on anyone’s shirt is a BYU logo. Indeed, Nilsson and Bell were given strict guidelines for their official photos regarding not only subject, setting, and content, but also lighting, color, and composition.

But Nilsson and Bell are not hacks. When the day’s assigned shoot was finished, they didn’t put their cameras away. Instead, they took pictures off-script: of real people, in real situations, in real light. In short, they took photos that didn’t result in what Laura Allred Hurtado, an art curator with the Church History Museum’s Global Acquisitions Department, described as “the staged and frozen depictions of decades past.” (Read an interview with Hurtado and the photographers by our friend Jana Riess, published online in Religion News Service.)

After accumulating hundreds of candid images, the two men realized that their photos told a story—a story that they wanted to share with the rest of the world. So they approached the staff at the Church History Museum with a proposal for a special exhibit. The story that Nilsson and Bell wanted to convey through their photographs is that, first, The Church of Jesus Christ of Latter-day Saints is not just an American church (all but one of the subjects in the “Light & Life” exhibit live outside the United States); second, the people of the Church are very diverse, but all share a hope in Jesus Christ; and third, their hope in Christ is manifest not in well-lit living rooms nor in perfectly combed hair, but in the very messiness of their ordinary lives. 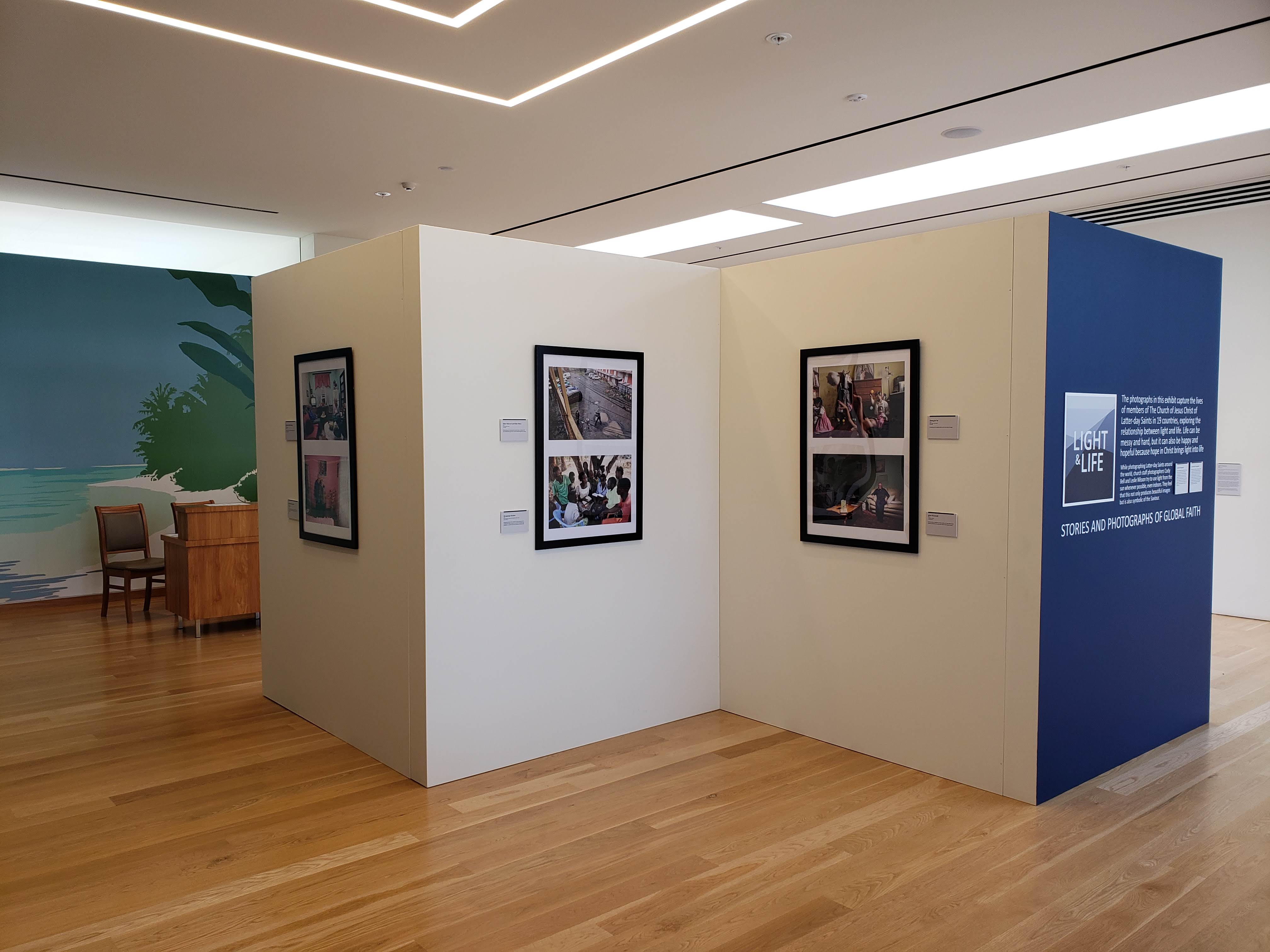 The “Light & LIfe” exhibit was on display at the Church History Museum in Salt Lake City from May 2018 to February 2019. (Read an article about the exhibit from the Church News.) After receiving much acclaim in Utah, the exhibit was remounted at the Matthew Cowley Pacific Church History Centre here in Hamilton last summer. Because our gallery space is smaller than that available in Salt Lake City, only 20 of the original 34 photographs are on display here, but two additional photos taken by Nilsson and Bell while on assignment in New Zealand have been included: one depicting a Maori father and son and the other an elderly Pakeha.

The introduction posted on the first panel of the gallery at the MCPCHC summarizes the purpose of the show: “The photographs in this exhibit capture the lives of members of The Church of Jesus Christ of Latter-day Saints in 19 countries, exploring the relationship between light and life. Life can be messy and hard, but it can also be happy and hopeful because hope in Christ brings light into life. While photographing Latter-day Saints around the world . . . Cody Bell and Leslie Nilsson try to use light from the sun whenever possible, even indoors. They feel that this not only produces beautiful images but is also symbolic of the Saviour.”

Let us introduce you to some of our new friends. (The comments after each photo were provided by the photographers.) 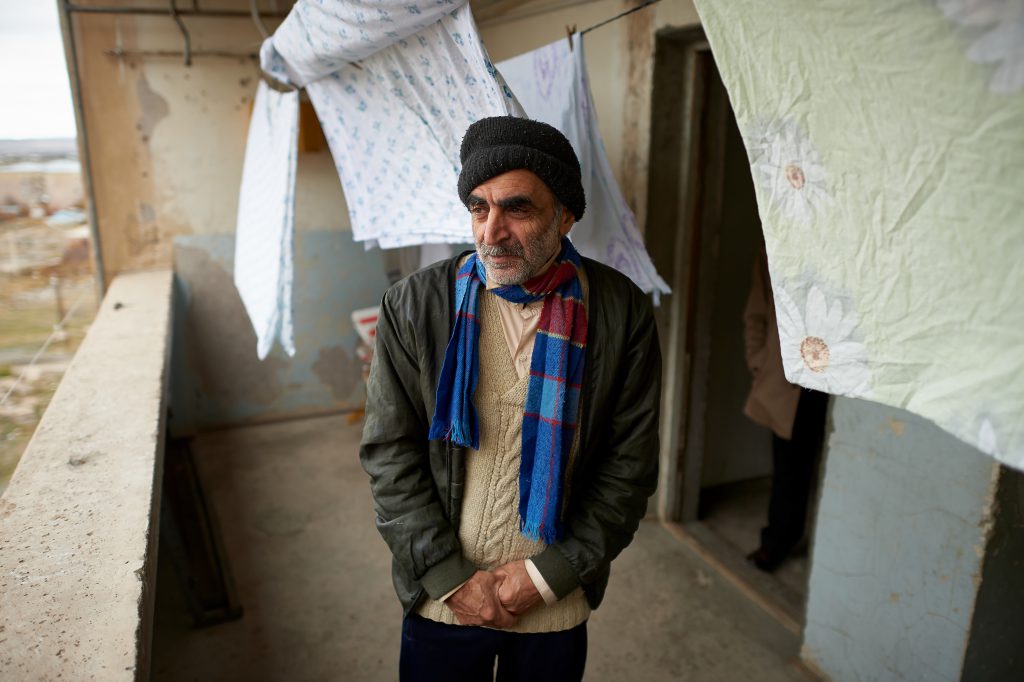 Sevak’s grandmother met the missionaries in 1915 and always told her grandson that when the Soviet Union collapsed, they would come and find him and that he would no longer be alone. Instead, he found them while visiting his sisters and was soon after baptized.

Today he is the Elders Quorum president of his branch. The biggest challenges members of his quorum face are economic ones. Many cannot find work; when they do, they have to work on Sundays or be fired. Everyone tries his best to attend church and stay faithful.

His story finishes with his testimony: “The gospel is a wonderful blessing in my life. I felt alone before I joined the Church, but now I have friends in the gospel. Now that I belong to The Church of Jesus Christ of Latter-day Saints, I am no longer lonely.” 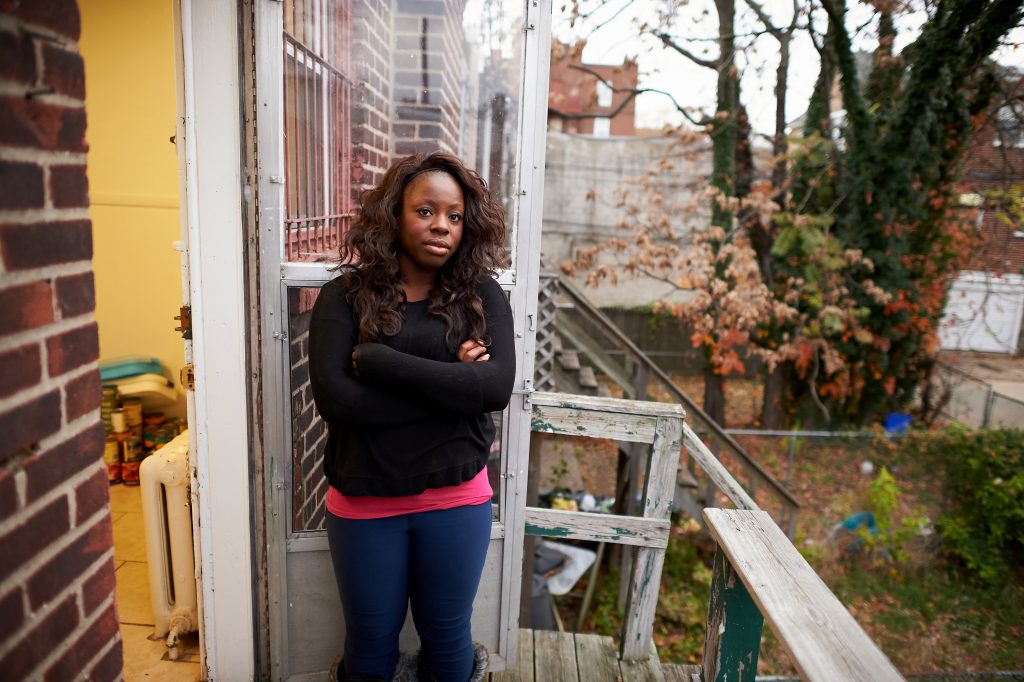 Josephine grew up in poverty. Her mother was an immigrant from Liberia, and left Josephine in the care of people she thought she could trust. Unfortunately, Josephine was abused as a young child. But she was able to endure because “the African culture instills a love for the Lord inside of you from an early age. I remember my grandmother teaching me the Lord’s Prayer when I was four. She ingrained in me just how important it is to have a personal relationship with the Savior. It was such a tangible thing for me.”

She feels blessed to have received the gospel at age 14 and was baptized into the Church in 2000.

She, too, bears her testimony: “Life is hard whether you’re a Latter-day Saint or not. My strength comes from my relationship with my Savior and with my son, Enoch. I know that keeping the covenants I have made in the temple also gives me strength. I know that healing comes as I attend the temple. I go weekly.” 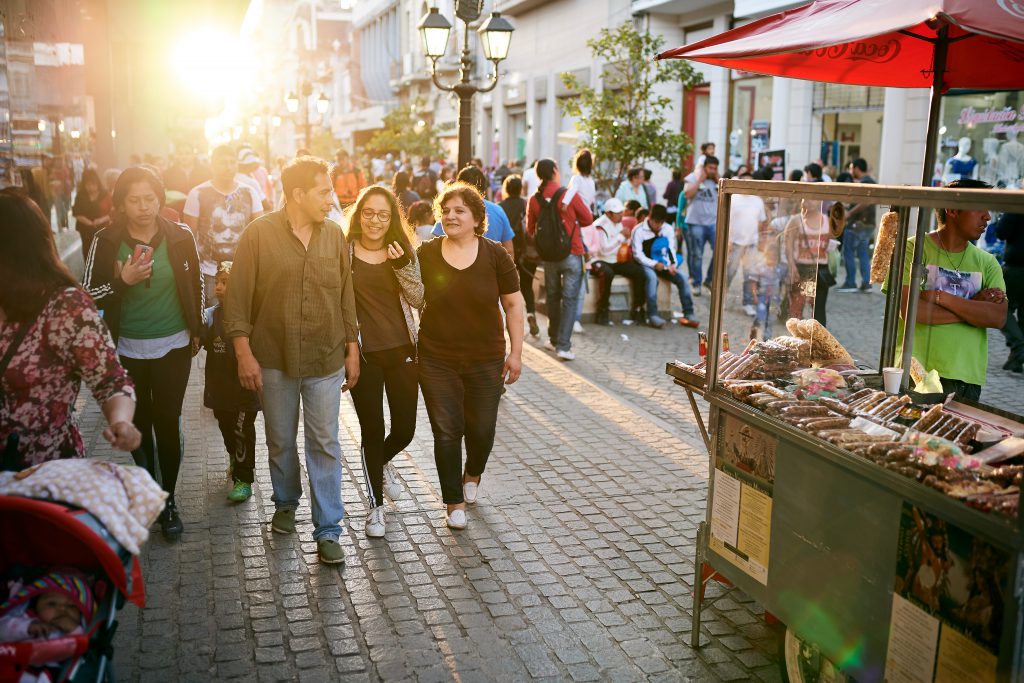 The Cardozo family is very active in the Church. They were very proud to send their oldest and only son, Sergio, on a mission to Peru. However, in May 2014, they received a devastating call from Sergio’s mission president recounting that Sergio and his companion were teaching a lesson on temples and eternal families. While Sergio was giving the closing prayer, he lost consciousness and slumped to the floor. He received a blessing and was rushed to a medical center where he died of a brain aneurysm. As we can only imagine, his family took the news hard and suffered in their grieving.

But Brother Cardozo shares this testimony: “I am . . . grateful that He took our son in such a sweet manner. Sergio didn’t suffer. The Holy Ghost gave me a small glimpse of what Heavenly Father must have endured when His Only Begotten died for us. I realized that I didn’t have any right to be angry with God. My Father in Heaven knew what I was going through. A peace came over me that allowed me to accept His will and the timing of Sergio’s death.” 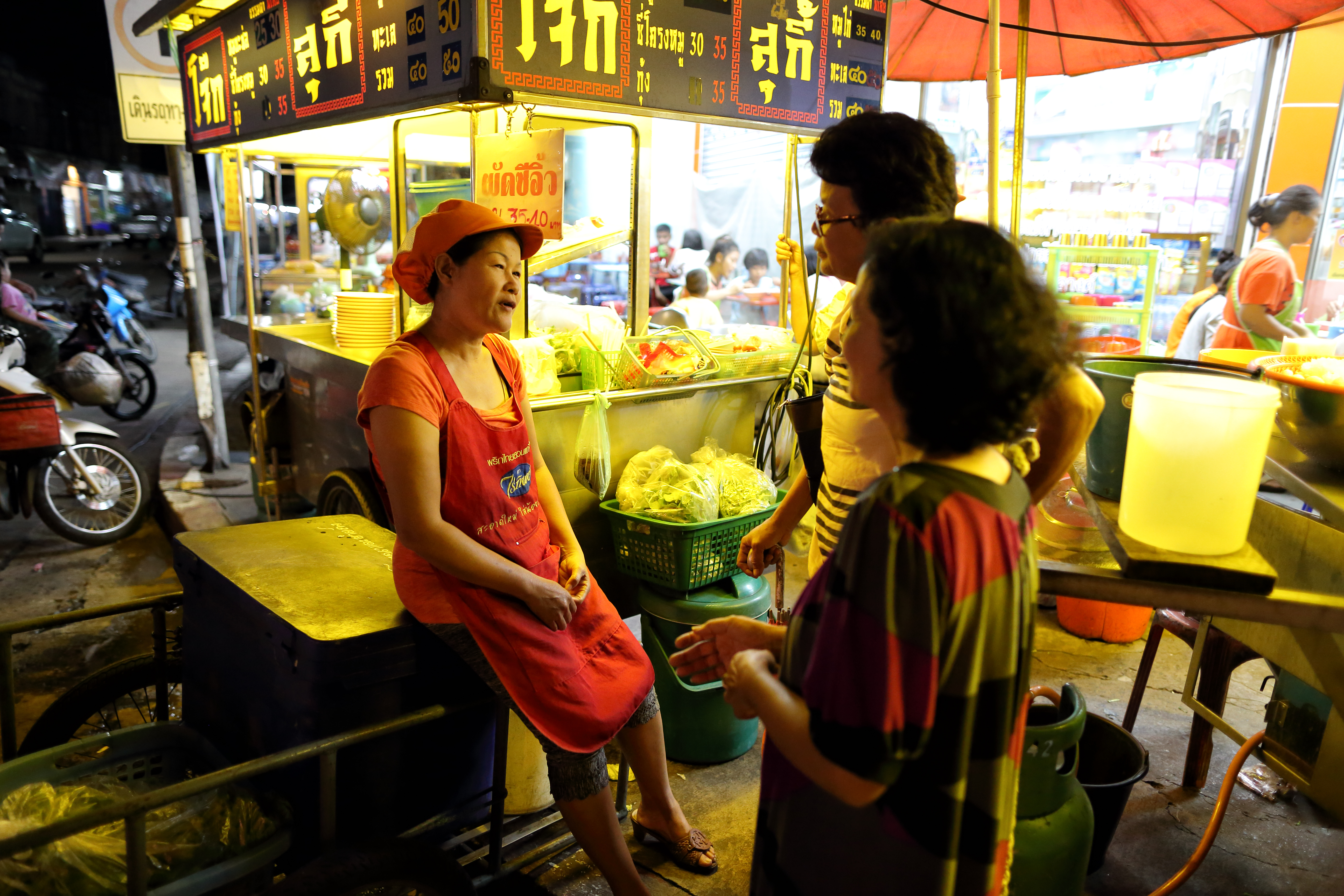 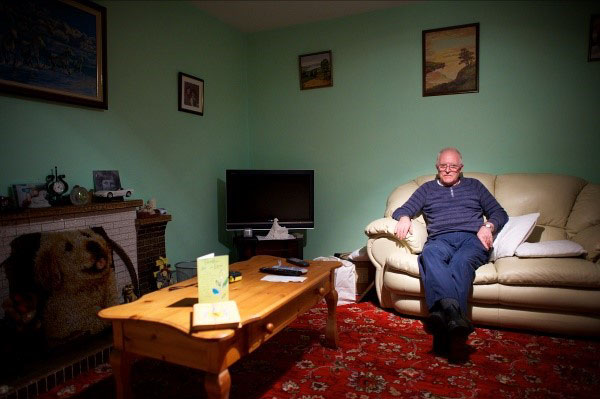 All that we know about John is that he feels that the two most important decisions he has made in his life were getting married and joining the LDS Church. When this photo was taken, John had been a widower for two months. 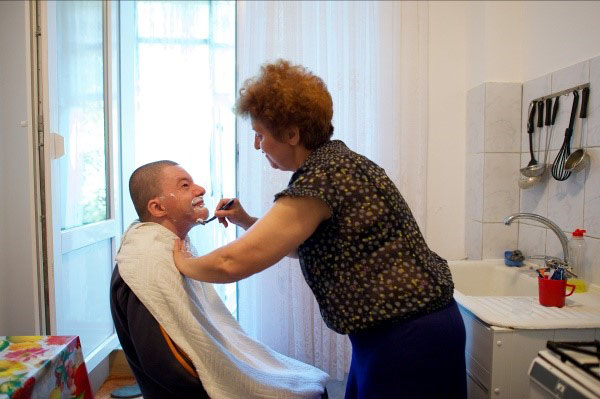 Again, we don’t know much about Genoveva and Ionut. But we know that as a mother, she has taken care of her impaired-from-birth son for 29 years. Even in such a mundane daily chore as shaving, we can see, even in profile, her love for him, such that she could smile in her challenge. And he, too, reciprocated the love he felt and saw from his mother. 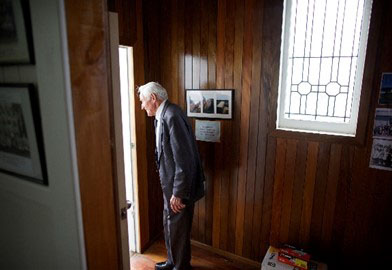 Leslie Going’s grandparents joined the LDS Church in New Zealand in 1893. Many years later, they moved their large family to the Maromaku Valley, a very remote area on the North Island, where they started what became a very successful dairy farm. After holding weekly church services in their home for nearly thirty years, they dedicated land and materials to build a one-ro0m chapel to accommodate the growing church population. The building was dedicated in 1940 by Matthew Cowley. A new chapel was built in 1969 and the old building still stands as a memorial to the Going family. 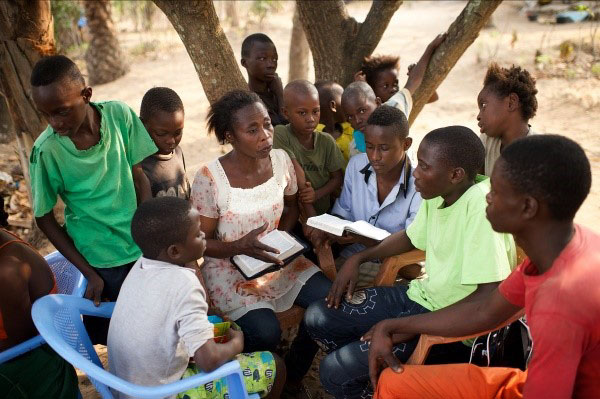 When she learned that it was important to hold a weekly Family Home Evening, Munganga gathered her friends and neighbors to share the gospel message because they all were her family. 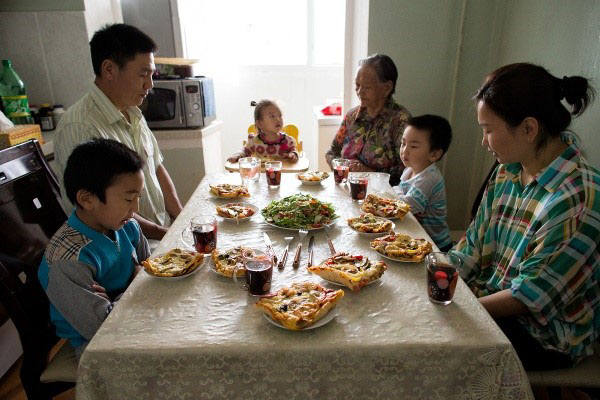 Monkhdelger offers a prayer of thanksgiving before their family eats their lunch. 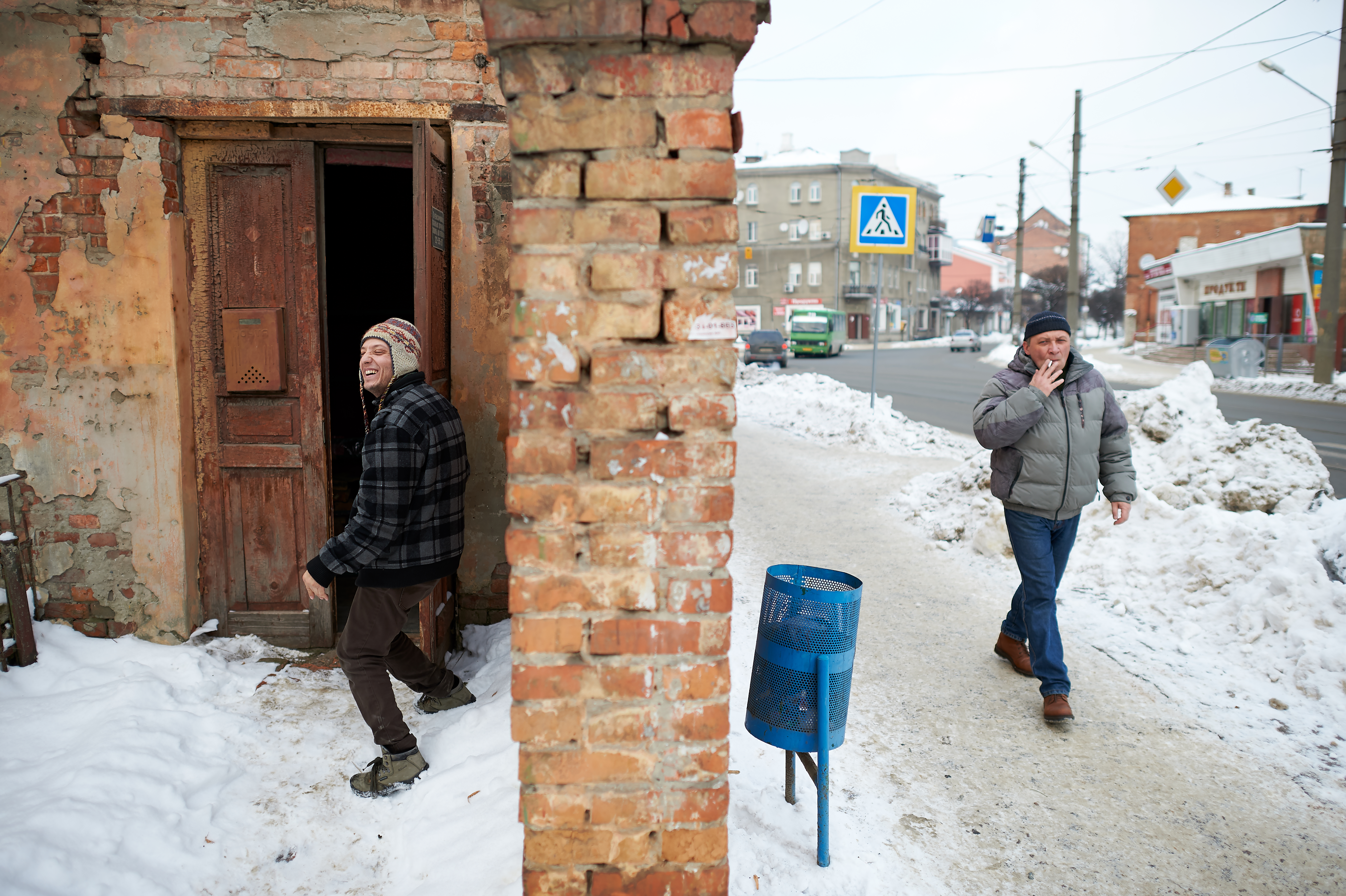 Born three months premature, Victor did not learn to walk until he was 7 years old. He was a good-natured child, but grew very dark in his teenage years. He did not understand why God had made him disabled. He didn’t want to go to church because he could not figure out how to have good relationships with other people.

He considered ending his life, but then considered that his mother would assume guilt that she had not done enough for her son. That thinking of someone else changed his attitude; he decided that he was going to live and keep going.

He shares his testimony: “In the end, I feel that I’m a pretty happy person. I have problems, just like everyone else does. I know we can cope with our problems, and we can move forward. I know that God has a plan for every person in this life no matter who they are. I believe that happiness is something that is inside us, not outside.” 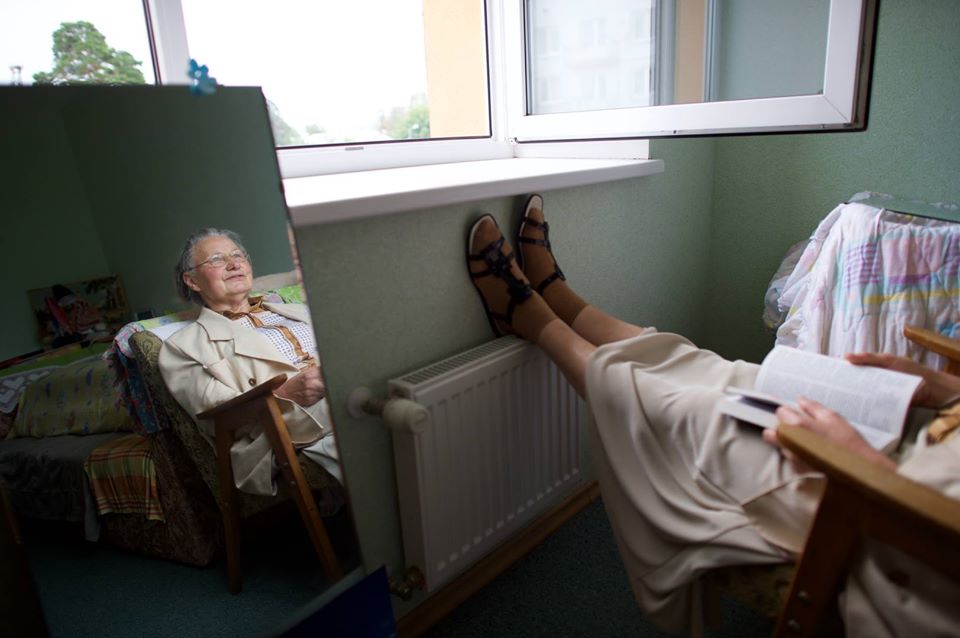 Skaidrite’s mother suffered from alcoholism and could not take care of her children. They were so poor, that Skaidrite remembers holding her sister’s hand while she died of starvation. Skaidrite worked on a sheep farm at a young age and was regularly beaten. She eventually married, but she lost both her only child and husband also to alcoholism.

While contemplating suicide, she passed an LDS church and decided to go inside and see what it was. She was greeted by a sister missionary with a huge smile. Skaidrite remembers realizing that the smile was for her, just her. She felt she had met a friend that she had not seen in a very long time. She felt like the sister missionaries were like angels come to earth for her.

She testifies that “since that day, all the thoughts of suicide were gone. There were no thoughts of life being dark. In spite of everything, I am positive. Life is beautiful to me.”

Are we not so blessed to greet such friends every day? Even though they present the same expressions and use the same words each time we meet, we never tire of looking at them and considering the light that shines on them, the light of Christ that shines through them. They have changed our lives.