After they learn where and when we will be serving a mission, the next question people ask, almost without exception, has been: What are you going to do with your house?

A few years ago, as we anticipated our future retirement and subsequent missionary service, we discussed selling the house we had lived in since 1996 and downsizing to a condo or perhaps even a unit in a retirement community. Both Michael’s widowed mother and Nancy’s widowed father had chosen the latter option once they reached the point at which living alone in a multi-level house with a big yard was no longer advisable. Nancy’s dad had long insisted that he never wanted to be consigned to a “nursing home,” but when the time came, he learned that “nursing home” did not even begin to cover the range of options available to him. As we visited him in the Southern California senior community he finally chose—which seemed to us more like a luxury resort—and then helped Michael’s mother transition to a smaller but comfortable senior living center in Idaho, we thought that maybe we shouldn’t wait as long as they had before making a similar move. We toured a couple of continuing-care senior communities near our Cincinnati home, but although we were impressed with the facilities, we eventually decided that we were not yet ready for that kind of lifestyle change.

The fact that our opportunity for missionary service in New Zealand came much earlier than we had originally expected confirmed our decision to keep our house. Although we had already begun the process of weeding out things we no longer needed (having learned not to wait from our parents’ experiences) we didn’t have time to complete the job, nor did we have time to do the renovating necessary to prepare the house for sale or even for rent. Friends who had already served senior missions advised us to leave our house unoccupied, and recommended steps we could take to make sure our property would remain secure during our two-year absence. 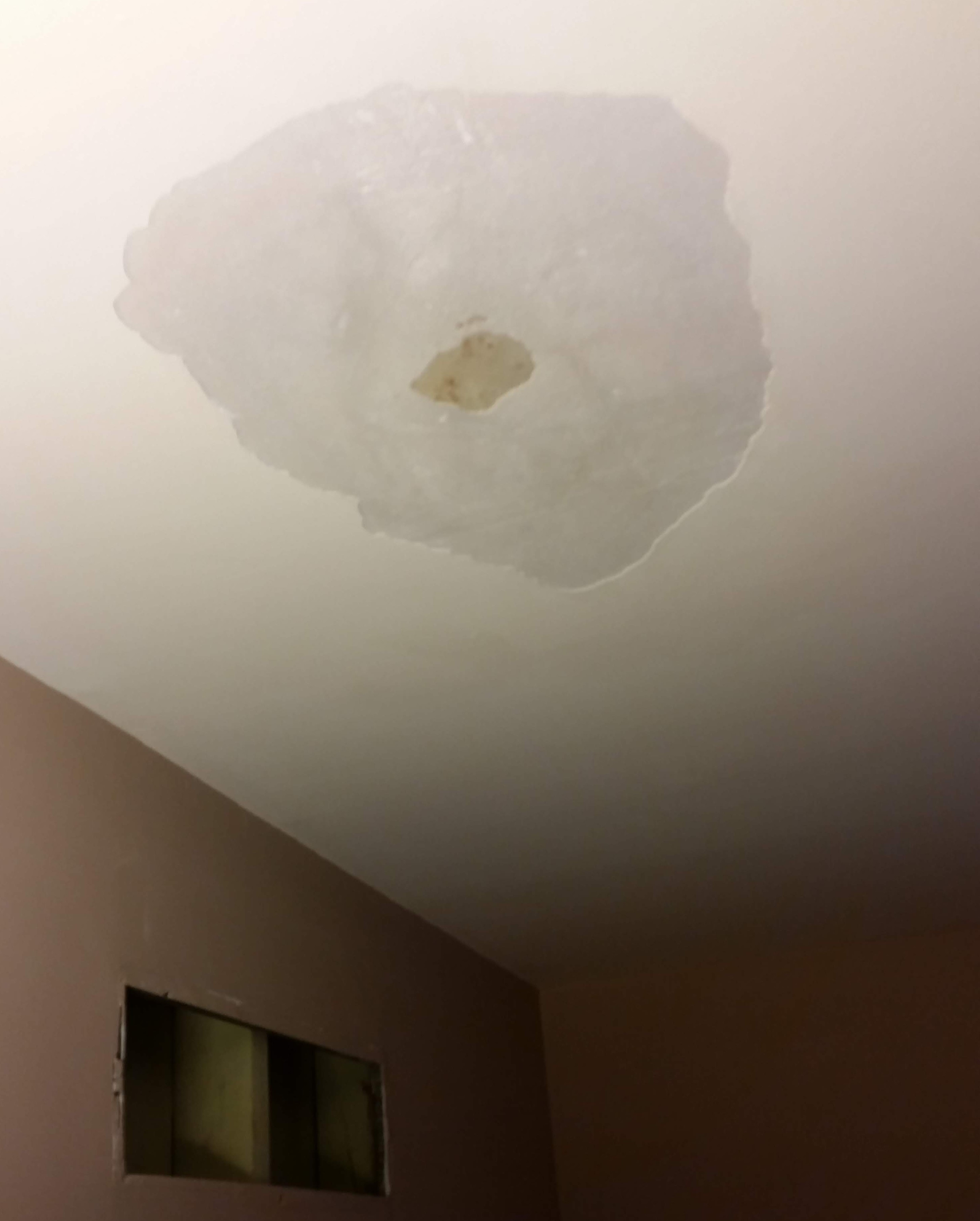 The first steps were to ensure that regular maintenance tasks were up to date and all necessary repairs were completed. We fixed the damaged ceiling in the living room where the shower upstairs had leaked several years ago and then repainted the whole room. We replaced the leaky kitchen faucet and recaulked the countertop behind it. We scheduled visits from lawn treatment providers, a tree service, and an insect exterminator, and arranged for a professional house cleaner to come in quarterly while we are gone. Someone came to power-wash our siding. We spread a new layer of mulch and had our asphalt driveway sealed. We cleared out the flower beds and pruned the lilacs. We bought a new lawn tractor so the teenagers we’ve engaged to cut the grass during our absence wouldn’t have to deal with an old mower that had been needing repair too often.

The pest control company we called to determine what type of critters were making noise in the attic determined that we had squirrels (not a surprise) and that they were getting in through a damaged ridge vent. The roofers we called to fix the ridge vent pointed out that many of our shingles exhibited hail damage; then when they started replacing the shingles, they found that the vintage decking underneath had rotted—so we now have a completely new roof. 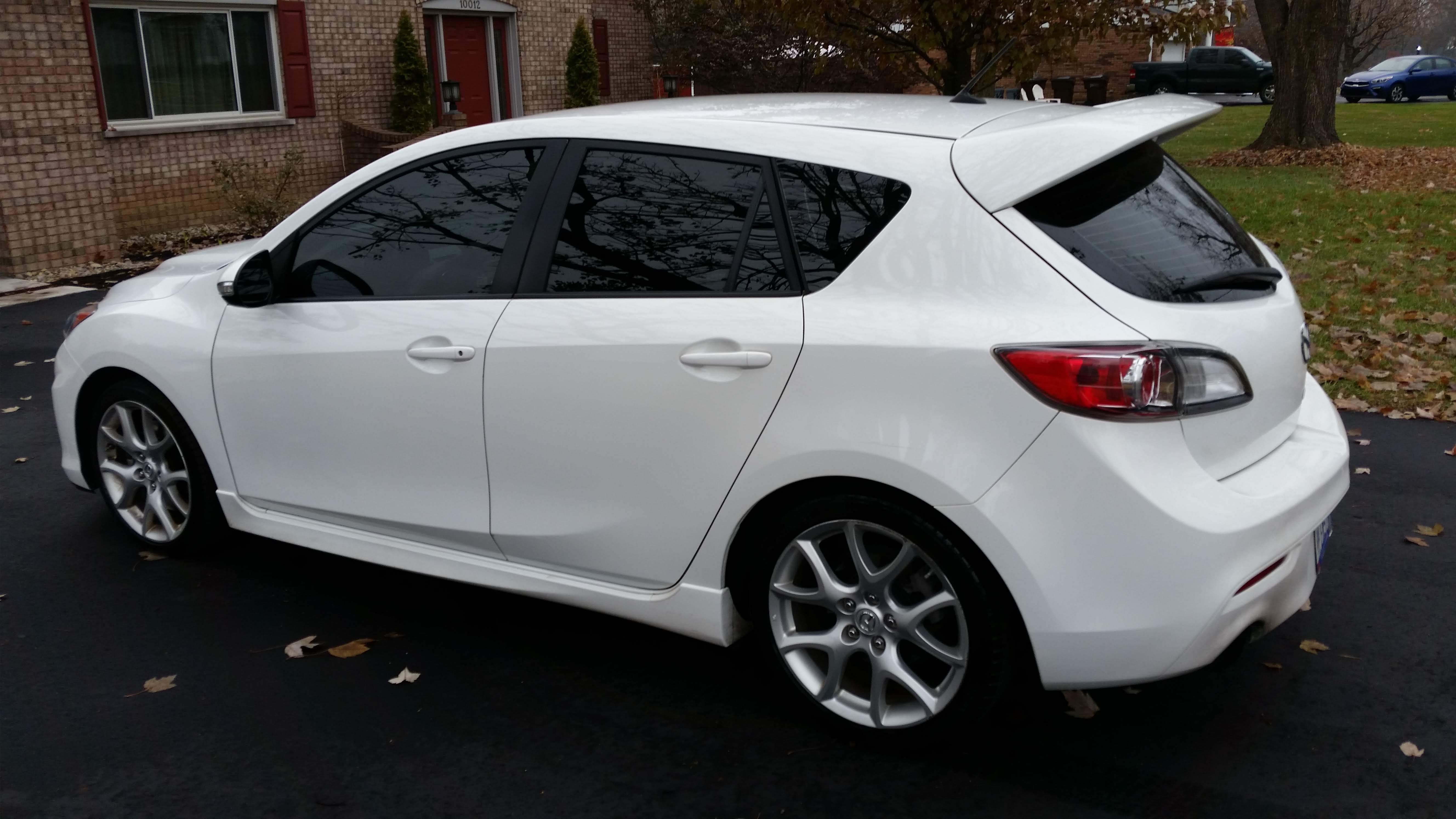 We also now have only one car in the garage, having sold the MazdaSpeed3 Michael has loved driving so much. Parting with it—albeit for a decent price—was such sweet sorrow.

At some point Michael realized that when we discontinue internet service on Zig Zag Road, we will lose the email accounts tied to that service provider. For Nancy, that won’t be much of a problem because that account has been her junk mail dumping ground for some time, but Michael has been using that address as his primary account. He decided that in addition to opening a couple of new Google accounts, he and Nancy ought to clean up and consolidate our various contacts lists. He found a Google-based product that allows us to share a single contacts list; but then he had to combine and reconcile info for the 1700 contacts already in the six separate lists we had between us.

Meanwhile, Nancy realized that not only would we have to empty both refrigerators and freezers before we left, but that none of the food in the pantry would be any good after two years, either. She quit buying anything but fresh produce, milk, and eggs, and began planning menus around the meat, vegetables, and soup stock left in the freezer, and the pasta, cereals, and canned foods left on our shelves. (We’ve been eating a lot of soups and stews in the past few months.) When we drove to Pennsylvania to spend Thanksgiving with our son Soren and his family, we filled our 20-gallon cooler with frozen pork roasts, ground beef, chicken, and butter, and then transferred the contents to their freezer. (Merry Christmas, kids!)

Knowing that it wouldn’t be wise to simply lock the doors behind us and leave for two years, we explored the possibility of allowing some senior missionaries assigned to serve in Cincinnati to live in our house while we are gone. However, because that arrangement would have entailed some legal complications, the Cincinnati Mission decided not to accept our offer. But only a week or two after that possibility evaporated, Jonathan and Monica, a couple we know well, approached us and explained that they were about to undertake a major expansion of their home, located a couple of miles from ours. How would we feel about letting their family live in our house for six weeks while their house is being reconstructed? We thought it sounded like a win-win situation, so they are set to move in as soon as their construction contractor is ready to begin digging up their yard and knocking out walls. (When they began describing the extent of their planned three-level expansion, we told them that they were more likely to be in our house six months than six weeks—which is fine with us.)

Richard and Judith, dear friends who live in the neighborhood adjacent to ours, have agreed to be our agent property managers while we are gone. They will check on the house every week, sort our mail, change the furnace filters, and generally oversee the many other friends and neighbors who have offered to help take care of our property. Others from Montgomery Ward’s Empty Nesters group have agreed to prune our bushes, plant annuals in the window boxes, apply deer repellent, and handle unexpected repairs. Still others will collect our mail every day, treat the paver patio with herbicide, and remove snow from the driveway. Teenagers from church will mow the lawn during the summer and rake leaves in the fall. The deputy county sheriff who lives next door will keep his security camera trained on the place and ward off hooligans. To keep all these plans and assignments straight, Michael created a master task list and calendar indicating who has offered to be responsible for each and when it needs to be done. We don’t want caring for our property to become a burden for anyone, so we very much appreciate everyone who has volunteered to carry part of the load. We are so grateful for wonderful friends and neighbors!

Michael’s co-workers also have been very supportive. By the end of October, he had wrapped up all his client consulting projects, but the principals in his firm offered some part-time in-house work that would allow him to maintain health insurance until the end of the year, when we will be eligible for the LDS Church’s missionary medical plan. One day when he was at the office but feeling so preoccupied by concerns about our house that he couldn’t get much work-work done, Sheree, the firm’s shared-services manager and a valued friend, noticed his distress and advised him to “just let go and let God.” Her gentle admonition reminded him to focus on what is most important and helped relieve some of his anxieties. Michael will officially retire on 31 December, and his feelings about that are bittersweet. Although he was ready to stop worrying about clients’ problems, he will miss the wonderful people he has worked with since 2014.

Both of us will miss so many other friends, associates, and regular activities. We’ve loved our once-a-week volunteer jobs: preparing and serving meals at an urban soup kitchen for Michael, introducing museum visitors to family history research at the National Underground Railroad Freedom Center for Nancy. Nancy has loved meeting monthly with friends in the Women’s Interfaith Network of Cincinnati. We’ve loved singing together in the Cincinnati Choral Society and in our church choir. We’ve loved the church callings we’ve had for the past few years: Michael’s as the Stake Council adviser to a ward in a small farming community about forty miles from Cincinnati; Nancy’s as an adult Sunday School teacher.

One of the hardest groups to leave will be the Montgomery Ward Empty Nesters, many of whom have been our closest friends since we moved to Cincinnati. The last meeting we attended, the group’s annual Christmas white-elephant exchange featuring “heavy hors d’oeuvres” made by some of the best cooks we know, became a farewell tribute to the departing missionaries as each person shared something they appreciate about Michael and Nancy. It is very comforting to know that we have a great cohort of friends supporting and encouraging us—and taking care of our house. And it is comforting to know that when our mission ends in November 2021, we can return to a community of folks we love and admire so much.