“Why are you going to Israel?”

“Why are you going to Israel?”

Last week, when Nancy told her Sunday School class (ages 16-18) that they would have a substitute teacher for the next two weeks because she was going to Israel, one of her students came up afterward and asked, “Why are you going to Israel?” The girl’s emphasis on the first and last words of her question implied that she thought we were crazy–and given the news of increasing violence coming out of Jerusalem during the past week, maybe we are. But the first response that popped into Nancy’s head and thus came out of her mouth was, “Because I want to–and I’m not afraid.”

But that’s only part of the story. 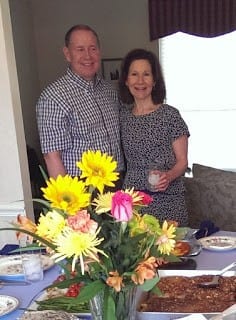 Richard and Judith and our Easter Brunch

Last April, only a couple of weeks after Nancy and Michael returned from our visit to Ireland, our friends Judith and Richard invited us to join them for brunch on Easter morning. (Like us, they had no family members coming to Cincinnati to celebrate the holiday with them.) As we filled our plates with helpings of sausage casserole and oven French toast, Judith and Richard asked us about our travels (which, if you have not done so already, you can read all about by clicking here) and then told us that they were planning a trip of their own.

The Gees are a Mormon couple who operate Discovery Expeditions and Adventures, a travel company based in Salt Lake City. Their son and his family are in our Cincinnati ward (church congregation), so we had met Jim and Carol. We also were familiar with DiscoveryXA’s excellent reputation because other friends had been with them on previous tours.

“The end of October,” Judith replied. “Mark and Lynn are going, too. Why don’t you join us?” 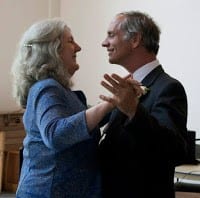 Like Judith and Richard, Mark and Lynn are dear friends, also members of our ward and of our “Empty Nesters” peer group. Our kids are about the same ages. We’ve been through a lot together over the years.

So an invitation to tour the Holy Land with a group that included some of our favorite people was not to be casually discarded. Even though the Harwards had not budgeted for another overseas trip this year, we decided to think about it—and the more we thought about it, the more we realized that it was an opportunity we would be foolish to pass up. 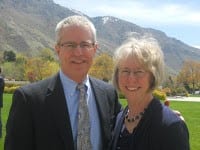 Michael and his sister Pat

Not long after we decided to go, Michael said to Nancy, “I wonder if we could convince Pat”—his widowed sister—“to come with us? She hasn’t been on a trip like this for decades, and I think she would really enjoy it.”

So we called. Pat took only a little longer than we had to decide that yes, she really wanted to go, but she worried that paying for a single-occupancy room would put the cost of the trip just beyond her means.

“If I could find another woman to go and share a room with me, I think I could swing it,” she said. 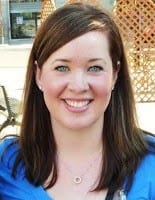 So Pat asked her friends, and we asked ours. One of our candidates was Nancy’s niece Emery, an avid traveler who, like Pat, lives in Utah. She responded quickly.

“I’d love to go to Israel!” she said. “Let me check my work schedule and see if it’s doable.”

It was doable. And tomorrow, after months of anticipation, and in company with some dear friends and family members, our journey to the Holy Land begins.