Galway: More exploration of the city

Galway: More exploration of the city 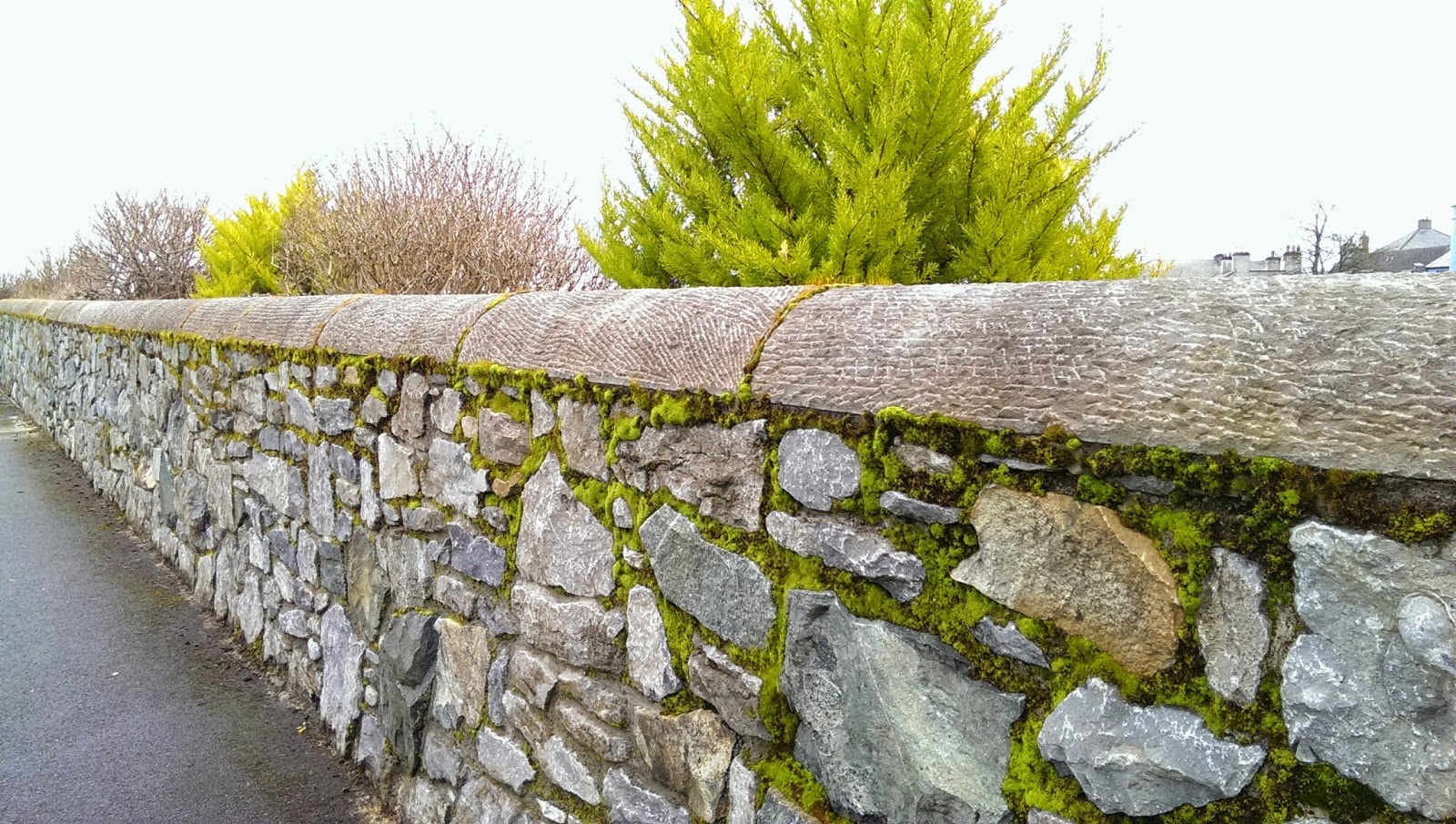 This morning Nancy ate a partially “full Irish breakfast”:
juice, grapefruit, eggs, sausage, broiled tomatoes, sautéed mushrooms, bread
and marmalade. In order to be completely “full,” she also would have had to
consume a slice of bacon (of the type that we would call “Canadian”), a patty
of hash-brown potatoes, baked beans, black-and-white pudding (don’t ask), a
bowl of cereal, and a cup of coffee or tea. From the hotel’s extensive breakfast
buffet, she also picked up an apple, some cheese, an extra roll, and some
sliced peppers and cucumbers to save for lunch.

Nancy’s first stop this morning was at a shop where she had
bought some thermal underwear yesterday; she wished she had followed the
prompting to put a second pair in her suitcase before she left home.
Unfortunately, although the newly purchased pair fit just fine through the
waist and hips, the legs were more constricting than support hose for sufferers
of varicose veins, so back they went. The search for a suitable replacement led
her out of the blustery rain and into the Eyre Square Shopping Center, a fairly
large indoor mall built to include a couple of round towers from the medieval
city wall; its long, narrow midsection mimics that of one of the old streets
outside. Most of the shops are standard mall fare: Penneys, Marks &
Spencer, Claire, Tiger—a Danish store that resembles IKEA, minus the furniture.
The places Nancy found most interesting included a shop full of toys and games
for adults (but not the kind of “adult toys” one finds at truck stops), and a
fabric store. (Nancy loves fabric stores, even when she isn’t planning to do
any sewing.)
The Muzak played in most of Galway’s stores tends toward
sixties-and-seventies pop. Probably fifty percent of the background music Nancy
has heard here so far has been Beatles-based—not necessarily the Beatles
themselves, but more often covers or orchestrations. Billy Joel is popular,
too. In Tiger, Nancy even heard “Hey, hey, with the Monkees”—not something one
normally expects to hear while shopping.

Once she had exhausted all the possibilities in the mall,
Nancy headed toward the Galway City Museum, located behind the Spanish Arch at
the junction of the River Corrib and Galway Bay. The modern building includes
exhibits on the town’s history as well as some contemporary art installations.
Because she wasn’t in a hurry, Nancy looked more closely than she usually does
at cases of archaeological specimens—old coins, pot shards, broken bottles and
such—which had been found when construction workers began digging the
foundation for a new parking garage next to the old Customs House. The
centerpiece of the museum is a full-size Galway hooker, which is not what one
might initially infer from the name, but rather a small boat designed to carry
turf (used for fuel) and limestone. Galway’s port is the largest on Ireland’s
west side, and it remains an important link to the Aran Islands and the
Connemara region as well as home to hundreds of fishermen.

By mid-afternoon, Nancy had covered the entire ground floor
of the Galway Museum and decided that she’d looked at enough ancient artifacts
for one day. She went back to the hotel, where she consumed the bread, cheese,
and apple she had saved from the breakfast buffet, and worked on this blog.
Yesterday, while visiting St. Nicholas Church, Nancy had
seen a poster advertising a concert to be presented there at 6:00 tonight by
the touring Boston College Chorale, and she thought it would be fun to go.
Michael knew he wouldn’t be able to get back from work in time to attend, so he
decided to just stay at work a little longer and then meet Nancy for dinner
after the concert. (Putting in the extra time tonight also will allow him to
get away earlier on Friday afternoon so that we can drive to Doolin in
daylight.)
There were probably fewer people in the audience than there
were in the Boston College Chorale (about fifty in the latter); most of the
former seemed to be Americans, and many were parents and friends of the
singers—but no matter. The church was a marvelous space to sing in, and the
college kids obviously were having a wonderful time. Their program was drawn
pretty much from the standard choral repertoire and included several pieces
that Nancy had sung herself, among them a Haydn Coronation Anthem (which is not
one of her favorites), Randall Thompson’s Alleluia
(which is), and a few spirituals (de
rigueur for American choirs performing abroad). Mack Wilberg’s arrangement
of Come, Thou Fount of Every Blessing
provided a stirring finale.
Although it has been nearly four decades since Nancy toured
with a college choir, listening to tonight’s performance made her past
experiences seem less distant. She smiled as she caught members of the BC alto
section exchanging sheepish glances when they messed up the same measures in
the Haydn that she always had trouble with, and shared the choir’s exhilaration
as they heard their own voices reverberating in the soaring vault overhead.

After the concert, Nancy fell in with a small group of the singers
as they all walked back toward their respective hotels. The students were
planning to attend a set-dancing session at a local pub that evening; Nancy met
Michael and we headed toward Rouge for dinner.

Michael was a little disappointed that tonight’s amuse bouche did not include frog’s
legs, but the bites of mushroom paté en croute were tasty. We shared a delicious
vegetable cassoulet, a gratin of potatoes dauphinoise, and a salad. For dessert
we had chocolate mousse and an apple tart.

At Rouge, we enjoyed a more familiar style of traditional dinner
music: twentieth-century American standards such as Someone to Watch Over Me and As Time Goes By, performed by a male piano-vocal duo. The singer
also picked up a trumpet for occasional interludes. His voice was somewhere
between Frank Sinatra and Bing Crosby—very easy to listen to—and his
accompanist was just as good.

A short walk from Rouge takes you to Crane’s, the pub that often hosts meetings of NUIG’s Song Project on Tuesday nights. Sadly, when we mounted the stairs at the back, we found the room empty. Nancy was disappointed that she didn’t get to hear any traditional Irish ballads tonight–but after a good dinner with Sinatra-style serenading, she really had nothing to complain about.