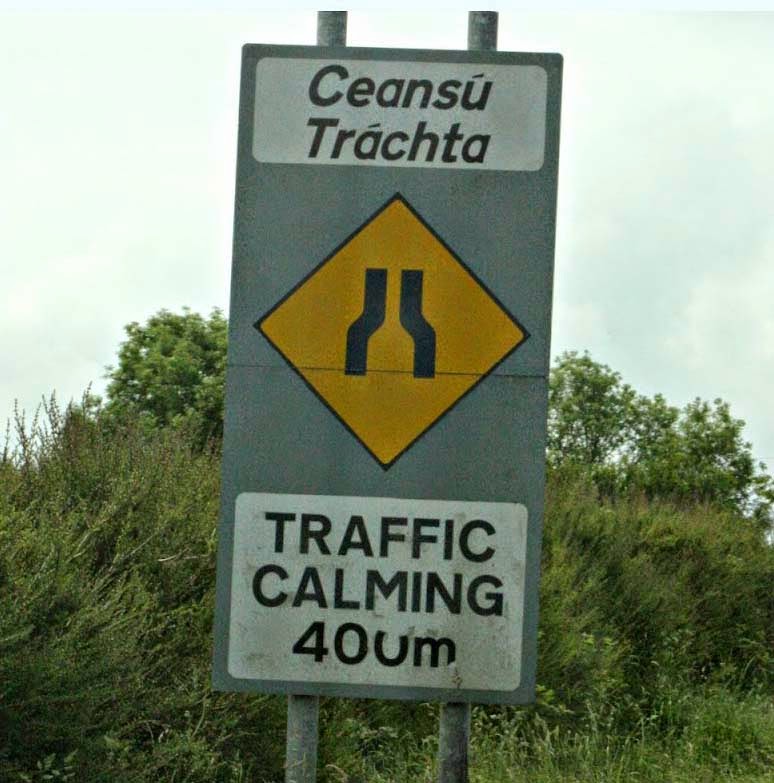 After a great night’s
rest in a bed more compatible with our sleeping habits, we got up and headed
down to breakfast in the Belleek Castle dining room. After three weeks in
Ireland, Michael has decided that a “full Irish” breakfast is too
much for him, despite having grown up with farm breakfasts in Idaho. This morning,
both of us opted for an omelet and toast.
Today we decided to
attend church services with the small LDS branch in Sligo. We were not the only
American family present. In turns out that a BYU art professor on sabbatical
had recently arrived, bringing along not only his wife and three of his
children, but a daughter-in-law, her parents, and two of her siblings. That
contingent alone doubled the size of the congregation, and the rented
store-front space was barely large enough for the two dozen in attendance at
testimony meeting today.

We stayed for Sunday
School, which was taught by the English wife of a local Irishman. She led a
lively discussion on selections the Sermon on the Mount, and encouraged us to
develop more righteous motivations for righteous living.
Our objective for the
afternoon was to visit the National Museum of Country Life in Turlough on the
way back to Galway. The museum’s purpose is to give visitors a realistic view
of life in rural Ireland as it was in the past, prior to the 1950s. “Realistic” means not whitewashing the harsh realities
of everyday living, and countering the romanticized versions of country life
depicted in popular novels and movies like The
Quiet Man–a John Wayne-Maureen O’Hara feature from the 1950s that seems to
be much better known here than in the U.S. (Nancy had picked up a copy of the
film at the public library in Cincinnati but didn’t have time to watch the whole thing
before she left home. The thirty minutes she saw included some establishing
shots of the countryside around Cong, the Irish village where the movie was
set, but these comprised only a small percentage of footage that otherwise had
been shot on a soundstage.)

The Museum of Country
Life, which is housed in a modern four-story building set next to a river amid
rolling green hills, demonstrated that life was hard for the Irish of centuries
past, but not as awful as one might suppose. According to the informative and
well designed displays, most people enjoyed a real sense of belonging to the
community as well as to the earth. They worked hard, but they worked hard
together, connected by their interdependence on each other’s various abilities,
crafts, and trades.

A few of the things
we learned: Some of our traditional holiday practices in America can be traced
back to Ireland. For example, because the Irish included eggs among the foods
they gave up for Lent, all those eggs that had been saved during the six weeks
of deprivation finally became available for copious consumption on Easter
morning.  Another example: Our Halloween
jack-o-lanterns originated with an Irishman named Jack who had made a pact with
the devil. When he died, he was denied entrance into Heaven and condemned to
walk the earth in darkness. Jack went back to the devil, pleading for help, so
the devil gave him a live coal from Hell—the
brightest light he could provide. Jack carved a hole in a turnip and put the
coal inside so he could carry it. People began imitating his lantern when they
went out on All Hallows Eve—disguised
in odd costumes so the devil wouldn’t
recognize them. Apparently, Irish immigrants to America could find pumpkins
more readily than they could find turnips, so the big orange squash became the
vegetable of choice for jack-o-lanterns.

We also learned that
there is a distinct Irish ethnic group called Pavee or “Travellers,” an itinerant people similar but not
related to the Roma of continental Europe. (Both groups are often called “gypsies,” a term coined centuries ago by people
in Great Britain who mistakenly believed that these darker-skinned people had
come from Egypt.) They have their own language, and keep to themselves. Many Pavee
of past ages worked as tinsmiths or knackers (those who slaughter dead horses);
today they often lay linoleum or asphalt. Some Irish Travellers came to the
U.S. in the 1850s along with other refugees from the Great Famine; there is a
sizeable community living in Ohio, among other places. Who knew?

Traveling back to Galway
that evening, we were afraid that we might get stuck in bad traffic as our
route took us right past the rugby pitch in Castleford, where apparently a match
had just ended. We had been told that the County Mayo team was having a good
season, and the people walking along the road away from the pitch looked happy,
so they must have won again. We were happy, too, because we made it past the
event venue without much waiting—just
a little “traffic calming” (Ireland’s term for “slow traffic” warning signs).
Having checked into
the Radisson Blu Galway once again, we walked down to Martine’s and had a nice dinner. After too many
nights of overeating, we have decided that sharing one main plate is usually the
way to go, so we tonight we shared one order of the special, which was a 600g
cut of prime rib. (We could have ordered a 900g cut, or a 1600g cut, but holy
cow! How could a single human being consume that much beef at one meal?) Although
we thought that the meat on our plate looked more like a steak than like prime
rib, it was tender and flavorful, so we didn’t complain. The creamed spinach and
mushroom-walnut risotto that came on the side also were very good. We passed on
dessert at the restaurant, but stopped at Gino’s gelato shop on the way back to the
hotel. Before retiring, we decided that even though rain had prevented us from
doing the hiking we had planned on Saturday, the weekend had been a very successful
one anyway.