L’Houmeau, then back to Dublin for St Patrick’s Day

L’Houmeau, then back to Dublin for St Patrick’s Day
Another bright, glorious day! Phillip had to get Sinclair to
the university early again this morning, but was able to come back and share breakfast
with us. Sinclair does not yet have a driver’s license but is working on it,
and hopes to obtain one by June. The whole licensing process is convoluted and
seems to take a long time to complete—like everything else in France!
Phillip’s description of French workers’ rights and his own
employment situation further demonstrates the inscrutability of this unique
society. As department chair in a state-run university, Phil teaches only one
class a semester.  As delegate to the teacher’s
union, he gets additional pay to attend to union duties three days a month. As
coordinator of educational exchanges between his university and a sister
institution in Morocco, he gets paid to visit North Africa a couple of times a
year. Another of his auxiliary responsibilities is to work with all the international
students at his school, making sure they complete required forms and procedures.
For each of these various roles and functions, Phil is entitled to be paid for
a fixed number of days—whether his duties require work on that many days or not.
Bottom line: He seems to have a very cushy job, bringing home a modest salary for
not a whole lot of daily work. This morning, he actually did have some official
duties to attend to, so we had to bid him an early farewell.

Because we still had a couple of hours before we had to
leave for the airport, we walked with Patricia to l‘Houmeau’s tiny village
center. Our main objective was to get a loaf of bread, although the local boulangerie closed several years ago. It
is a testament to how much the world has changed that Patricia would consent to
buy baguettes from a news agency and convenience store; but when there are no
other options, even the French do what they have to do.

For all of Phillip’s French family, the formation of the European
Union has been a mixed blessing.  After
listening to them debate the merits of membership while complaining about
losing uniquely French customs all weekend, our own assessment is that the
French face the same struggle we do in the U.S. regarding states’ rights and
local control versus the expediencies of federal programs.  There are benefits to having common procedures
and national (or international) standards; but in order to achieve convenient
unities, one has to give up some local prerogatives and even some of those
features which make each community unique. For all of us, it’s a hard balance
to strike.
Our short walk to the village took us through a park where a
manmade hill tries to hide the remains of a World War II bunker, and past a
building that was once a religious seminary but now is home to an institute of
marine studies. Back at home, we made ourselves some sandwiches with the
not-as-fresh-as-it-used-to-be bread, and packed our Ryanair-compliant bags for
the flight back to Dublin.
Before we left, we took a last look around Phillip and
Patricia’s home. Since we were there for that memorable Christmas when all our
children were young, the dining room has been enlarged, the bathroom expanded,
and an entire floor added upstairs. The house has changed a lot, but it retains
all the charm of the provincial cottage it once was. In centuries past,
Patricia’s family had been wealthy landowners, with vast vineyards and several
residences scattered around western France. After the Revolution, when the
nobility began struggling along with everyone else, the family’s holdings
inevitably shrank. About twenty years ago, Beaunant, the small château where Patricia had spent many
happy summers as a child, had to be sold because of enormous maintenance costs.
It was a heartbreaking decision, mitigated somewhat by the fact that Patricia and
her mother saved as many of Beaunant’s antique treasures as they could and
brought them to the little house in l’Houmeau. They even dug up prized flowers
and shrubs from the garden, transplanting them where they could remind the
family of past pleasures. Patricia—like her mother, an accomplished artist—has beautifully
decorated their home with handmade draperies, chair coverings, and painted
flourishes that complement the priceless heirloom furnishings and
museum-quality artwork. As much as any castle we have toured on our trip, this
home is a monument to the enduring heritage of an ancient family—and the people
who live there today are no less noble than their ancestors.

Having loaded the car and said goodbye to Patricia and
Mamina, we headed toward Nantes. This time, even though we had checked a map
and Patricia had given us her
directions to the airport, we decided to trust the GPS. Since our first
experience with the Garmin, Nancy had figured out how to make it show our actual
position rather than just plot a route, so it was easier to follow even though
the audible directions were no more comprehensible than they had been on
Saturday. The result was that the trip that had taken three hours by Phil’s
instructions took us only 100 minutes today. 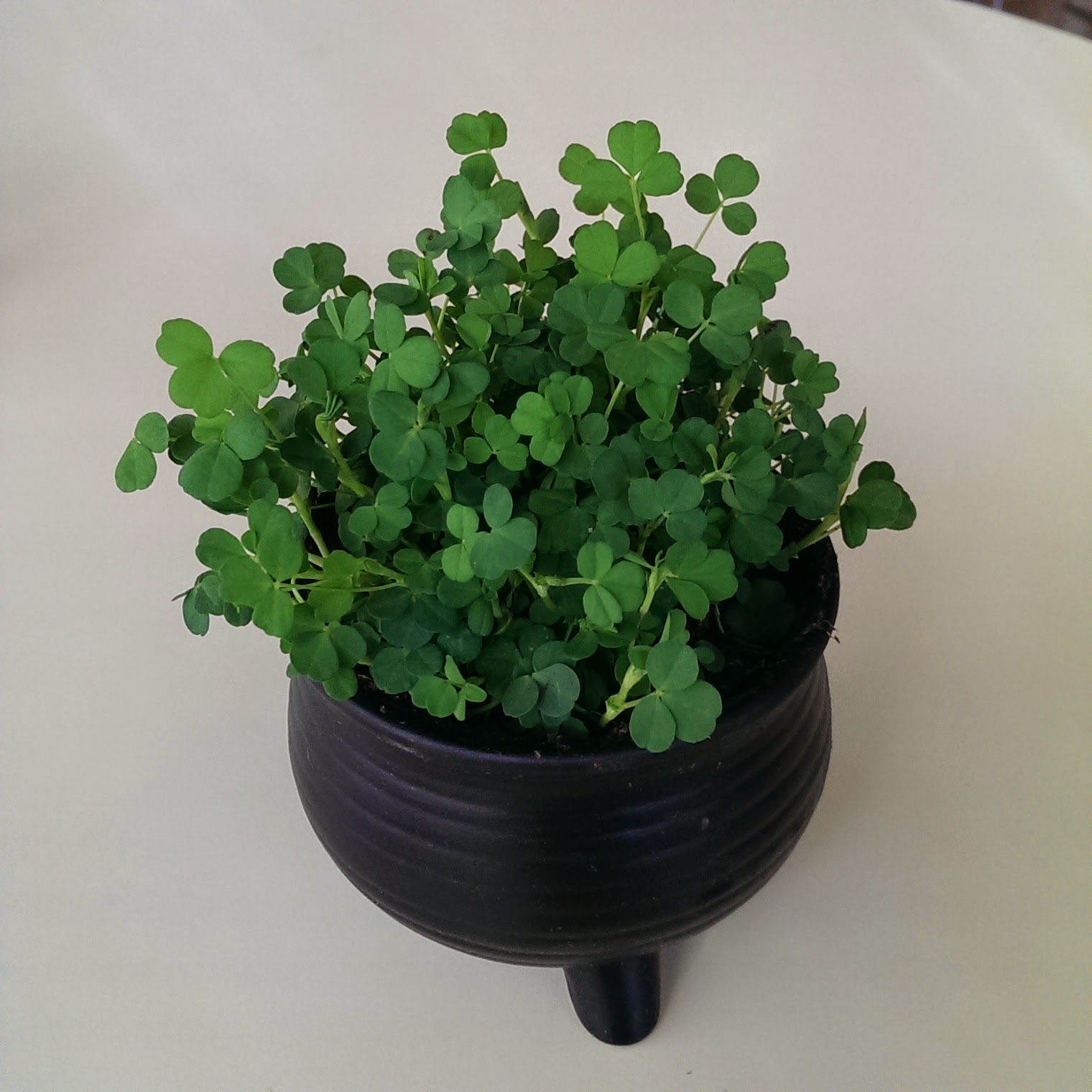 The flight back to Dublin didn’t take much longer. Because it’s
St. Patrick’s Day, we weren’t sure what to expect when we got here. Many of the
passengers on our plane were dressed in green, with a few in leprechaun hats; a
handful of rowdy Frenchmen were obviously preparing for a good time in Irish
pubs. After we arrived in Dublin, we were glad to see the loud crowd boarding
the bus for the city center rather than the 702 to Ballsbridge, which would
take us within a block of the Pembroke Townhouse.

Our new room at the Pembroke is at the front of the building
instead of the back, with eight-foot-tall windows overlooking the street. The view
from the bed is even more spectacular; the ceiling must be sixteen feet
overhead. We have a chandelier, and our own private stairway leading to a loft
with a comfortable little sitting room. It’s quite the place!

Having been warned to stay away from the Temple Bar area
this evening, and suspecting that any pub in central Dublin might be filled
with carousing tourists, we decided to find somewhere close to the hotel for
dinner. Fodor had recommended Choi Yo, an Asian restaurant only a kilometer up
Pembroke Road, where Michael chose the stir-fried cashew chicken and Nancy the
beef teriyaki. When the waiter brought our food, we were afraid we had
over-ordered, but apparently we didn’t realize how hungry we were because we
not only managed to finish both plates, but we also had enough room for ice
cream. Few other tourists had chosen to eat Chinese at the Choi Yo on St.
Patrick’s Day; a party of young Dubliners sat at the only other occupied table
in the downstairs dining room, but they were celebrating a birthday instead of
Saint Paddy. As we were finishing the last bites on our plates (hard to do with
slippery plastic chopsticks), an Asian man with a guitar slung around his neck
came by to serenade us with “Starry, Starry Night,” a lovely but rather sad ballad
by Don McLean.

Although we passed a couple of pubs on the way back to the
hotel, we didn’t notice any more revelry than usual. We have to agree with
those who had told us that St. Patrick’s Day is a bigger deal in Boston, New
York, and Chicago—even in Cincinnati—than it is in Dublin. Maybe that’s because
Americans use the holiday as an excuse to drink. In Ireland, no excuses are needed.